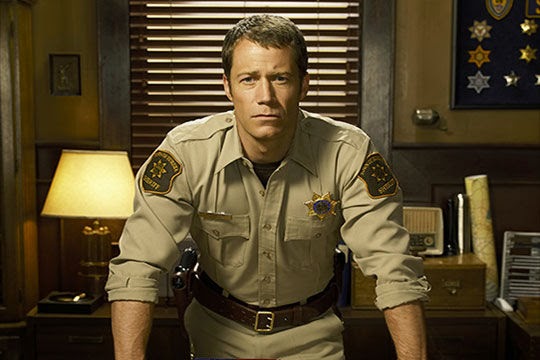 A sheriff is, broadly speaking, a high-ranking public official in a parish or county. Along with a team of deputies, a sheriff serves, essentially, as local law enforcement or police.  The position of sheriff is usually an elected position.

Since many cult-tv series are set in small towns, the sheriff has been an oft-seen figure.  The most famous figure, perhaps, is Sheriff Andy Taylor of The Andy Griffith Show, who serves as law enforcement in the town of Mayberry, North Carolina. 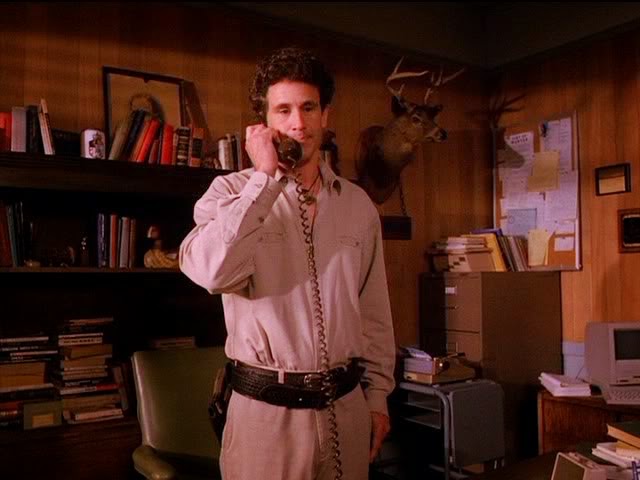 In Picket Fences (1992 – 1996), Tom Skerritt essayed the role of Rome, Wisconsin’s Sheriff, Jimmy Brock, who was frequently the calm in the storm regarding politics in his town, as well as family relationship. 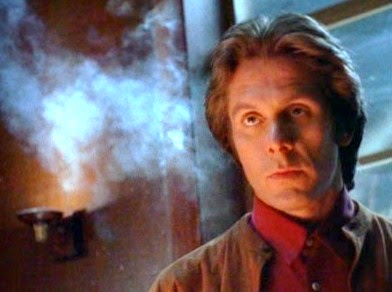 Sheriff Lucas Buck (Gary Cole) of Trinity, South Carolina, may have been the Devil himself, in the short-lived but brilliant horror series, American Gothic (1995 – 1996). 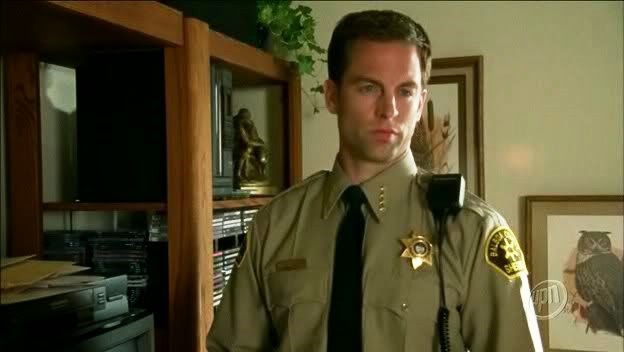 In Eureka (2006 – 2012), Sheriff Jack Carter (Colin Ferguson) oversees a town populated by brilliant scientists, Eureka, Oregon, despite the fact that he is neither a genius nor a scientist.

In True Blood (2008-2014), Andy Bellefleur (Chris Bauer) becomes the Sheriff of Bon Temps, Lousiana. Although thick-headed and temperamental, Sheriff Andy manages to overcome an addiction to “V” or vampire blood, and faithfully serves his community. 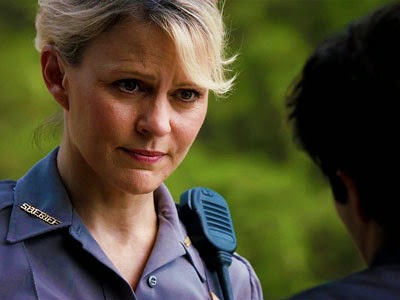 In The Vampire Diaries (2009 - ), Caroline Forbe’s (Candice Accola) mother Liz Forbes (Marguerite MacIntyre) is also the Sheriff of Mystic Falls, Va.  She is a fair person, and remain friends with Damon (Ian Somerhalder), even after discovering that he is a vampire 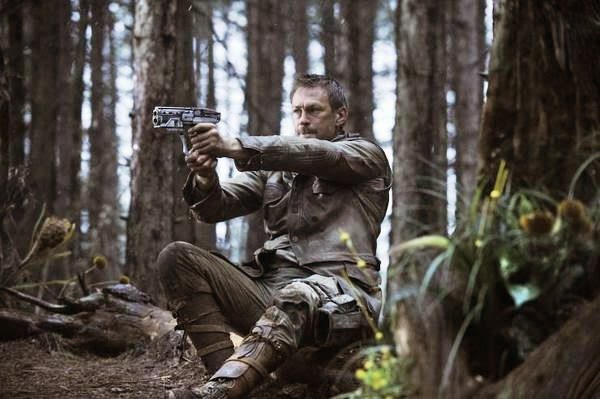 And in Defiance (2013 - ), Joshua Nolan (Grant Bowler) becomes the sheriff of “Chief Lawkeeper” of the post-alien invasion/post-apocalypse town of Defiance, Missouri.

Some series have also featured storylines in which regular characters become a sheriff for a single episode. 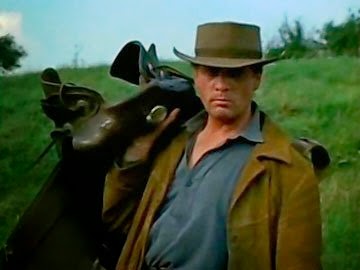 In The Prisoner (1967-1968) for instance, Number Six (Patrick McGoohan) becomes an Old West Sheriff -- and refuses to carry a gun – in the episode “Living in Harmony.”

In the original Battlestar Galactica (1978 – 1979), Lt. Starbuck (Dirk Benedict) is tricked into becoming the sheriff of a beleaguered human outpost in the story “The Magnificent Warriors.”