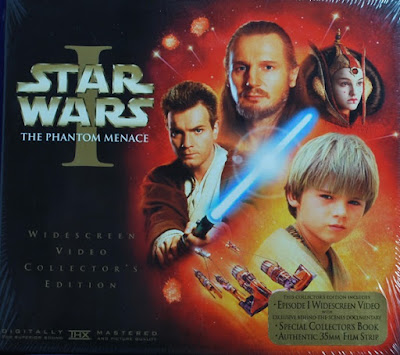 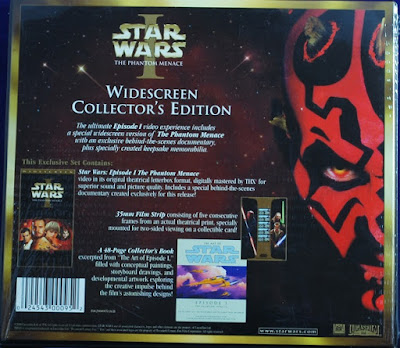 The Force Awakens is the first new Star Wars film in a decade, and simultaneously the first beginning of a Star Wars trilogy since 1999.

That last fact got me thinking about The Phantom Menace (1999), and the premiere of that film in the early Internet Age.

It really was a different time, for a lot of reasons.

For one thing, we were at least one generation back in terms of home entertainment options.

In 1999, when the film came out, I had not yet turned thirty, and was deep into the laserdisc phenomenon.  I was married, but had no children yet, so an (expensive) collection of films on laserdisc was my child, in a way.

After the film’s release, however, I remember buying the movie in what seemed the best and most affordable option at the time: The Widescreen Video Collector’s Edition.

This Episode I item came in a nice, over-sized collectible case, and the back was adorned with a photo of Darth Maul. When you opened it up, there was a lovely photo inside of Naboo on the side opposite the tape. 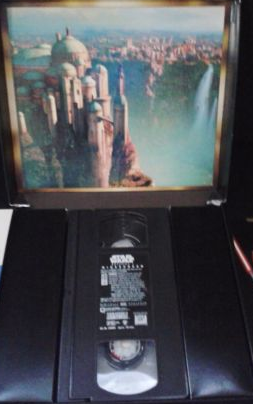 The set itself was described in this fashion: “The ultimate Episode I video experience includes a widescreen version of The Phantom Menace with an exclusive behind-the-scenes documentary, plus specially created keepsake memorabilia.”

The film itself was on VHS in “original theatrical letterbox format,” and “digitally mastered by THX.”  But of more interest, even today, this set came with a 4- page collector’s book: The Art of Star Wars: Episode I. 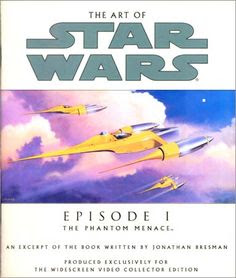 This is still a fascinating read, 16 years later.

The set also came with a 35mm film strip consisting of “five consecutive frames from an actual theatrical print, specially-mounted for two-sided viewing on a collectible card.” 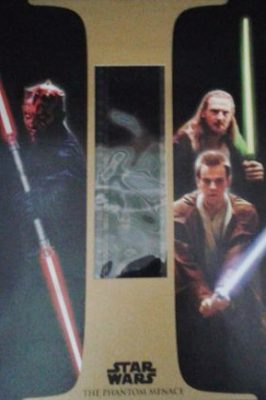 I owned this set for many years, but ultimately decided that -- though I enjoyed the movie fine -- my passions really ran towards 1970s and 1980s science fiction (think: Star Trek, Planet of the Apes, Space: 1999, etc.). Don't mistake this mean to I think the movie is without merit, or that I am a prequel hater. I just sort of realized that I didn't feel the kind of intense passion for the new Star Wars that I did for some older productions, from my childhood.

Thus I gave the vast majority of my Phantom Menace collection to my son, Joel, and sold off what he didn’t want.

And I sold my Widescreen Collector’s Edition.

But then, this July 4th, I visited my mother-in-law in Virginia, and she surprised me with another one she had found at a yard sale.  It’s in good shape, unopened, and complete…and it reminded me that there are some collectibles you are just destined to own, I guess.

I can’t get rid of this bloody thing.

When The Force Awakens is released, I suppose it will be streamed in high-def, and released on Blu-Ray and DVD.

No VHS release, I’m sure is slated.

But I’d sure love a 48 page book about the making of the film to accompany at least one of those 21st century releases.
at December 16, 2015