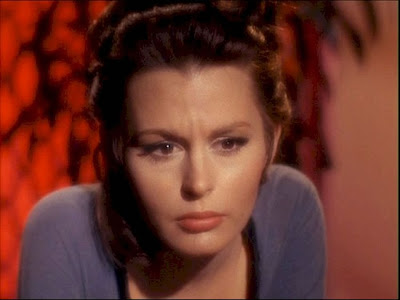 Sometimes known by the slang term “shrink,” a psychologist is a professional or academic individual who tends primarily to the issue of mental health.

I should know, because I’m happily married to a psychologist.  It’s an arrangement I wholeheartedly recommend to all aspiring writers.

In cult-television history, we’ve met many psychologists, psychiatrists, counselors, and social workers, all tending -- in various ways, obviously -- to the mental health of beloved characters.

During its original run on NBC, Star Trek (1966 – 1969) seemed to boast a love-hate, but mostly “hate” relationship with mental health professionals.

In its pilot episode, “Where No Man Has Gone Before,” Sally Kellerman played Dr. Elizabeth Dehner.  Dr. Dehner -- uncharitably termed a “walking freezer unit” -- protected the dangerous Gary Mitchell (Gary Lockwood) for a long time, deliberately overlooking his expanded ESP abilities…because she was attracted to him.  Fortunately, Kirk (William Shanter) was able to reel Dehner back in by appealing to her nature as a psychiatrist, and she gave her life to stop Mitchell on Delta Vega. 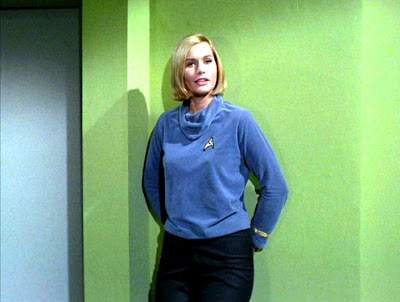 Only a few episodes later, in the first season entry “Dagger of the Mind,” another psychologist, Dr. Tristan Adams (James Gregory) overstepped his professional boundaries.  At the Tantalus rehabilitation facility, Dr. Adams began to substitute his own cruel will for the will of his patients, using an experimental device called a neural neutralizer.  Captain Kirk was able to help defeat Adams with the help of the Enterprise’s staff psychologist, Dr. Helen Noel (Marianna Hill).

At this point, I must reflect that Dr. Helen Noel may just be the hottest psychologist in all of television history.  I suspect that the character had an unhealthy impact on me as a young man, because I married a psychologist named Kathryn Noel in my mid-twenties.

Seriously. I’m not kidding about that.

Another evil, manipulative psychologist like Dr. Adams was seen on The Starlost (1973 - 1974), in one of its worst episodes, "And Only Man is Vile."  There, Dr. Asgard (Simon Oakland) hoped to prove his hypothesis that human nature was evil, and he would stop at nothing to assure his conclusion.

In the 1980s, Counselor Troi (Marina Sirtis) was a regular character on Star Trek: The Next Generation (1987 – 1994).  She was the Enterprise psychologist, and first became an interesting (and beloved) character, in my opinion, when the writers focused less on her Betazoid empathic powers and more on her professional nature as a psychologist. 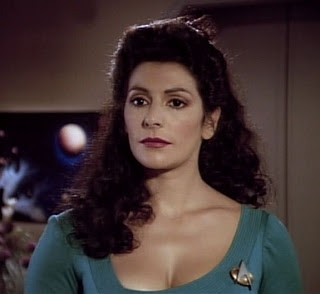 The empathic angle was hokey and trite, and almost instantly in the series run Troi was reduced to a cliché stating ridiculously generic lines like “he’s hiding something.”  But once Troi got an office -- and office hours -- she grew as a character tremendously, and her intelligence and professionalism were established.

On Deep Space Nine, another counselor was seen in the seventh season, Ezri Dax (Nicole De Boer).  Did I mention that one of my cats is named Ezri?  Clearly, I like female psychologists.

And I haven’t failed to notice that many have showed up of late on Dexter, Teen Wolf, and Ringer, among other series.  Let’s see, there was also one on Lost (2004 – 2011), and Frank Black’s caring wife, Catherine (Megan Gallagher) was also a mental health professional on Millennium.

If I were to stand back and analyze all this, I would suspect that so many attractive female psychologists appear on television because no one likes to receive bad news about one’s own behavior, and/or psyche.

But the blow is softened, somewhat, I suspect if the person delivering that news happens to be gorgeous.

Of course, some beautiful female therapists are also extremely dangerous, and manipulative, at least if we are to believe cult-television.  Sarah-Jane Redmond, who achieved cult-status for her role as demonic Lucy Butler on Millennium (1996 – 1999), also portrayed the “shrink” named Karin Matthews in a fifth season episode of The X-Files, titled “Schizogeny.” 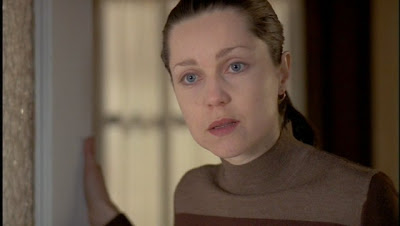 And come to think of it, Fox Mulder (David Duchovny) himself was an Oxford-educated psychologist, if memory serves.

Another prominent male psychologist in genre television of late is the pumped-up Dr. Ben Harmon (Dylan McDermott).  He's a liar and serial cheater too.  But my wife told me that if I'm writing about sexy TV psychologists, I should include him too.

So this image is for your mental health, Dr. Kathryn: 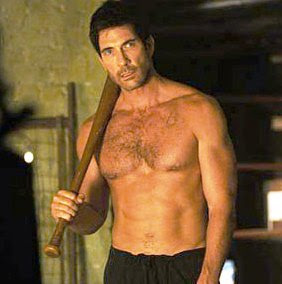