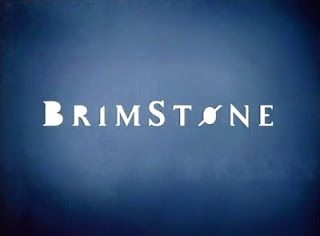 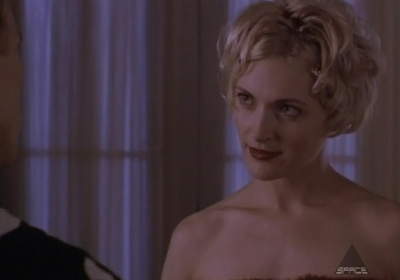 “Carrier,” this week’s episode of the Brimstone (1998 – 1999) blogging retrospective, is a solid place-holder, if not a step forward for the inventive horror series.  The tale follows the by-now established and familiar series formula -- with Detective Stone (Peter Horton) tracking down a Hell escapee --but with few intriguing twists or turns.

This week, the convict on the loose is lovely Sally Ann McGee (Alexandra Powers), a woman who died in the 1920s and carried a deadly disease. Sally Ann ended up in Hell because she learned she was a carrier…and knowingly infected a city’s water supply with her saliva, an act that sickened hundreds of innocent people.  Because she is from the Roaring Twenties, Sally Ann dresses like a flapper and likes to sing the 1921 foxtrot hit, “Ain’t We Got Fun.”

The wrinkle in the tale is that Sally -- her disease now super-powered from her time in Hell -- manages to infect Stone for a time.  The detective is rightly shocked by this development because he is invulnerable to bullets and other forms of weaponry. Technically, his body is dead…so how can it get sick?  The not-entirely convincing answer is that residents of Hell can harm other residents of Hell.

Even in a relatively routine story like this one, the Brimstone writers continue to explore the idea of each escapee excavating some aspect of Stone’s persona or central dilemma.  Here, Sally Ann faced true horrors in life. It wasn’t her fault that she was a disease carrier, and she didn’t deserve to be treated badly by medical authorities, locked away and quarantined without mercy.

But Sally Ann then chose to harm others in response to bad treatment.  Her response -- her application of free will -- is what consigned her to damnation.

In this story, of course, is a lesson for Stone.  He did wrong in life, killing his wife’s rapist, Gilbert Jax, but that doesn’t have to be the end of it.  He can still choose to do the right thing, and choose not to wallow in his guilt, or hurt others.  It’s a good point, and part of that Brimstone equation that I love. 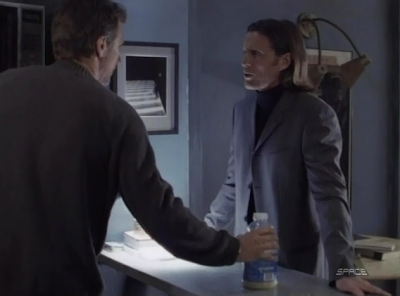 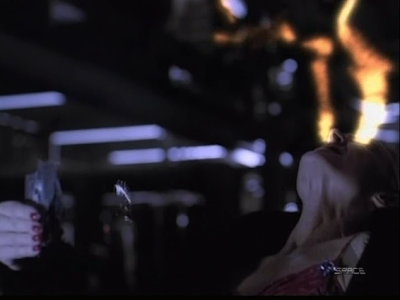 The writers in the series always make the scenarios dominated with difficult moral shades, even though they are dealing with a universal hierarchy of good and evil.  That intelligent approach to storytelling is still evident even in tales that aren’t that overly memorable, original or fresh.

Next week, however, I’ll feature one of Brimstone’s all-time great episodes: “It’s a Helluva Life.”
at December 04, 2012

Email ThisBlogThis!Share to TwitterShare to FacebookShare to Pinterest
Labels: Brimstone