Ask JKM a Question #56: What Happened to TV Mini-Series? 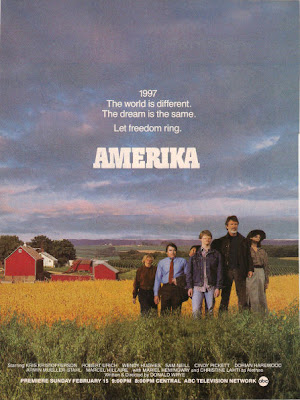 “I have just recently stumbled upon your column after listening to you on Destinies which I tune into from time to time.  Your columns remind greatly of my childhood and University days of watching endless hours of sci fi-tv shows.  I miss this era somewhat as TV now days is very broken up into so many niches and sci-fi is not as prominent as it used to be (horror seems to be holding its own though).

My question to you is what are your thoughts on miniseries? What made them so popular and what lead to their eventual demise?

Especially in the 70's and early 80's you would periodically look forward to various Miniseries on the networks especially around ratings times.  Miniseries like Shogun, Centennial, North and South but also a number of Sci Fi/Horror miniseries as well including V (remember the build-up to this show?), Brave New World, or those Stephen King Horrors like IT or The Stand.  Look forward to reading your future columns and catching up on your older ones.”

Thank you for a great question Chris, and I’m glad you found the blog.  I hope you stick around!

Like you, I grew up with genre mini-series, and came to love and appreciate them.  I recall not only the hype and build-up to Kenneth Johnson's V in 1984 and V: The Final Battle, but also Goliath Awaits (1981), another weird mini-series with a sci-fi setting: the bottom of the sea.  I also loved Amerika (1987) -- a miniseries about the United States becoming a communist nation -- and wish someone would officially release it on DVD.  I also remember watching and being utterly freaked out by a miniseries version of Ray Bradbury's The Martian Chronicles (1978) 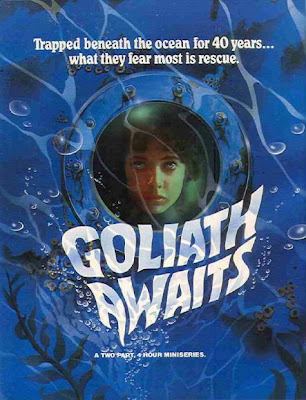 Oddly, the mini-series did not last, as a form, very long.  In the early-to-mid 1970s, the big networks began producing spotlight efforts such as Rich Man, Poor Man (1976) and Roots (1977), both of which achieved blockbuster status and ratings.  In my household, programming like Shogun (1980), Marco Polo (1982), The Thorn Birds (1983) and The Winds of War (1983) were all “event programming,” and the whole family watched them together.  We would tape programs that we couldn't stay up for on school-nights, and watch the recorded programs with dinner (in our family room), the next evening.

I suspect that the form has died out, largely, because of the expense involved in production.  Mini-series often featured top-notch actors, were set in faraway locations, and were many hours in length.  A good number of them, as you can see from the list I enumerated above, were also period pieces.

Since 2000, when we had the horrible game show glut -- Who Wants to be a Millionaire five nights a week -- and 2001, the  era of the reality show glut, the once-great networks have decided, apparently, that they can produce programming far more cheaply and achieve decent ratings.  Thus, mini-series, like much good scripted television, began to fade.

Today, we have excellent scripted drama on premium channels like HBO and cable channels like AMC, but even there, the budgets are not high.  Often, only a dozen episodes are produced a year, thus making series like Dexter or Mad Men or The Walking Dead, essentially, “mini-series.” 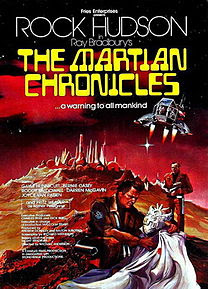 But the heyday of the great, event mini-series has ended, which I find a little sad.  A couple weeks ago, a reader asked me here if there would ever be another Star Trek, and I wrote some about the Balkanization of series television.  Seinfeld and The X-Files, I believe, are pretty much the last two “water cooler” programs of our "national" culture.  Everybody watched them, or had some familiarity with them.  Today, viewership is so splintered that you can share a water cooler with someone who's never seen Dancing with the Stars, or watched the remade BSG.

So the balkanization of television has also, I fear, contributed to the demise of the mini-series format. Mini-series are too expensive and difficult to schedule. But their greatest problem is that networks are no longer the platforms they once were for water cooler events like Shogun or Roots.

Don’t forget to e-mail me your Ask JKM questions at Muirbusiness@yahoo.com