Collectible of the Week: The X-Files Action Figures (McFarlane Toys; 1998) 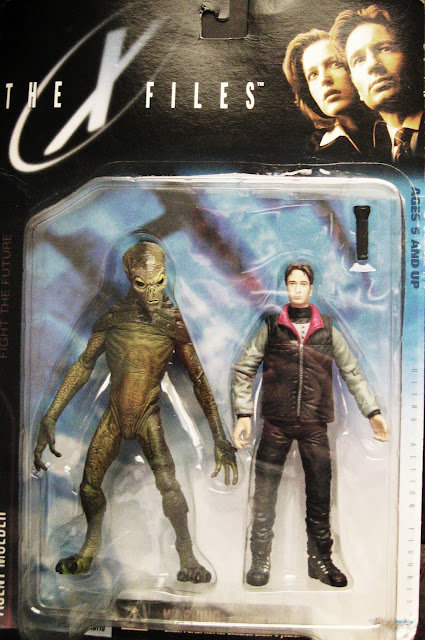 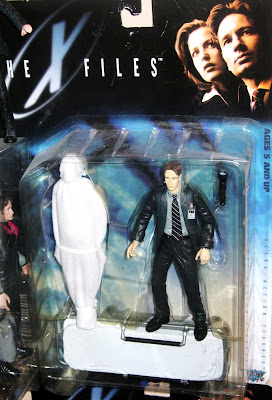 To coincide with the theatrical release of the first X-Files movie, 1998's Fight the Future, McFarlane Toys manufactured a small line of exquisitely detailed action figures from the film.

Although I have always wished for a more complete and affordable line of X-Files action figures (to include Tooms, the Peacock family, Frank Black, Morris Fletcher, Jose Chung and other high-profile "guest" characters), this movie-based line was certainly a terrific start.

On the back of all the McFarlane Fight the Future figure cards read the following legend:

"For years, the world has seen reality distorted, facts manipulated and truth hidden.  But there's even more to the story than anyone suspected.  Because no one has been able to see the whole picture until now.  Cherish the past.  Enjoy the present.  Because the truth is coming." 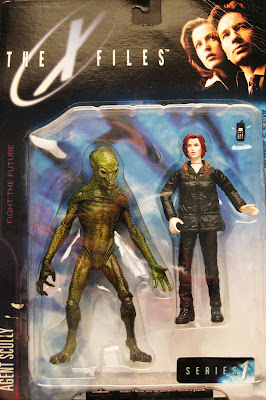 For Mulder: "Oxford-educated, brilliant and driven, Agent Fox Mulder was one of the leading investigators in the Violent Crimes division of the FBI, until he requested a transfer to an obscure area of the Bureau known as the X-Files..."

For Scully: "Recruited out of medical school by the FBI, Agent Dana Scully was originally assigned to the X-Files to debunk Agent Fox Mulder's work and report on his finding. Idealistic, intelligent and with strong convictions, Scully soon realized the X-Files contained extraordinary secrets that could not be refuted by scientific interpretation..."

In whole, "Series One" of this "ultra action figure" release included an Attack Alien (replete with club) and the long-clawed, green skinned alien who ripped him to shreds, two versions of Agent Mulder, one in suit and tie, and one in his parka for Antarctica, and two variations of Agent Scully along similar lines.  The characters look very accurate to their appearances on the series/in the film.

I've long considered The X-Files the Star Trek phenomenon of the 1990s, but to finally reach that apex, we definitely need more toys and play sets from the Chris Carter-verse.  And to get those, we need a new film, or a new TV series.

The truth is out there: I'd be in favor of either. 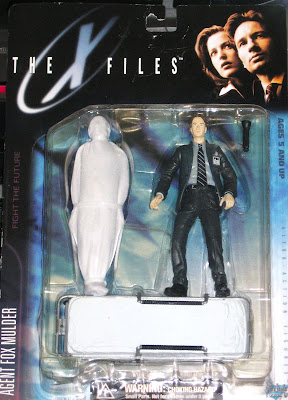 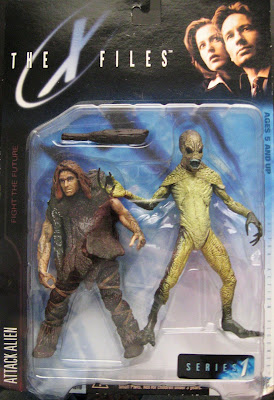 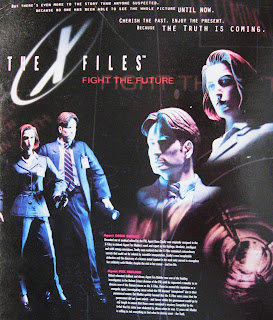