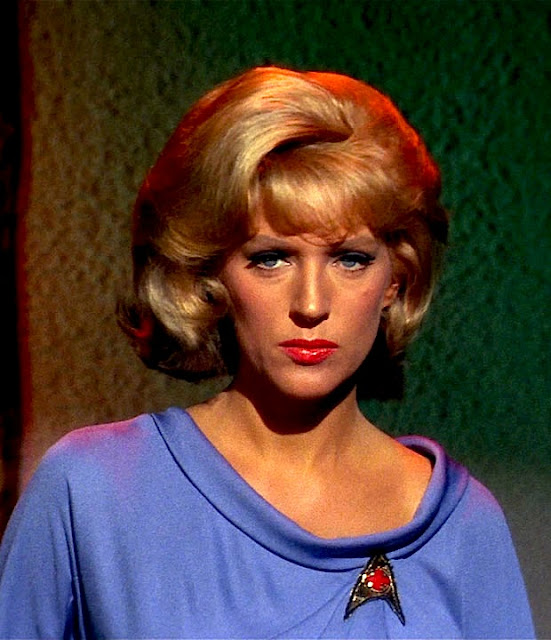 A nurse is a trained, skilled medical practitioner who cares for the sick or infirm.  A nurse is someone with a kind demeanor, a caring spirit, and a willingness to step in and do the hard (sometimes messy...) work of care-giving.  Nurses are very, very special people.  The nurses I have known in my own life are nurturing, dedicated, and kind.

In cult-TV history, nurses have appeared frequently. Sometimes they have been the very opposite of that definition above, as an angel of death, not mercy.

On The Twilight Zone (1959-1964), one episode, "Eye of the Beholder" features a woman in bandages, in what appears to be a modern hospital.  She is cared for by very nice nurses, but we never see their faces. Not that is, until the patient's bandages come off, and we realize we are in a nightmare world where beautiful is ugly; ugly is beautiful. 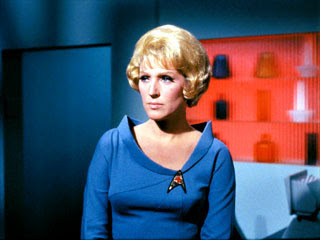 On Star Trek (1966 - 1969), Majel Barrett played Nurse Chapel, a crucial member of the Enterprise's team in episodes such as "What are Little Girls Made Of," "The Naked Time," "Journey to Babel" and other episodes.  She is a caring, competent individual, and a strong contrast to the cranky chief physician on the ship, McCoy. The Enterprise-D also has a great, loving nurse: Alyssa Ogawa (Patti Yusutaki). 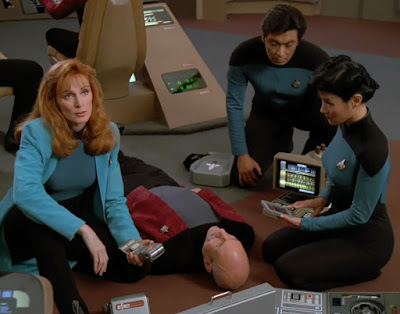 In the original Battlestar Galactica (1978-1979), Cassiopeia (Laurette Spang) changes occupation after the premiere episode.  At first she is a socialator (a prostitute), but she soon transitions to be nurse on the Galactica. 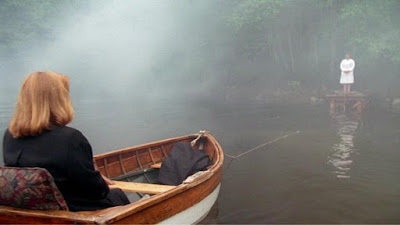 On The X-Files (1993 - 2002), an episode called "One Breath" finds Scully (Gillian Anderson) floating at the borderlands between life and death, tended to a kindly guardian angel, Nurse Owens (Nicola Cavendish).

In the Doctor Who (2005 - ) serial "New Earth," Rose (Billie Piper) and the Tenth Doctor (David Tennant) learn that the nurses of a hospital in New, New York, are hiding a deadly secret.  These nurses are part medical practitioner, part sisterhood, part nun, and remarkably feline. 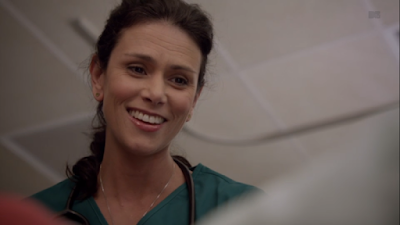 Not all nurses are officially trained to operate in that capacity. Maggie (Lauren Cohan) and Beth (Emily Kinney), for example, act as nurse/assistants to their father, Hershel (Scott Wilson) on The Walking Dead (2010 - ).
at February 29, 2016