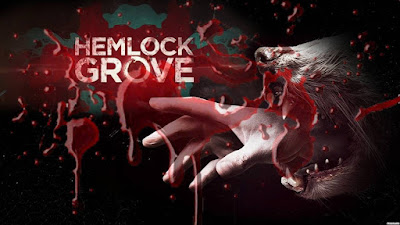 With Nextflix’s Hemlock Grove now in its third and final season, I was surprised to see that you have not reviewed it before.

Do you have any upcoming plans to review it in the future?

Given how saturated the current market is in werewolf/vampire media, I can certainly understand some hesitance to sit through an entire three seasons of episodes. But, despite being a little too slow at times, I have really enjoyed it.

I almost forgot to mention why I think the show stands out (at least to me, anyway). Almost every other werewolf/vampire story seems to explore the romantic relationship between its werewolf and vampire protagonists. This is one of the few that focuses instead on a different kind of cliché: the werewolf and the vampire as best friends (let’s call it the “Buddy Cop” theme.)

Thanks again for the great blog!" 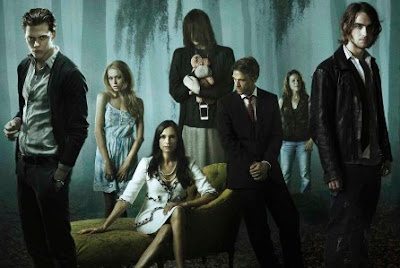 Chuck: Thank you for the great question.

I began watching Hemlock Grove about a year ago -- when I also began teaching for the first time -- and I had a difficult time staying tuned to it, to be honest.  I think this failure was more about me than the show, as my wife took to it rather quickly.

So when I received your e-mail in November of 2015, I decided to give the series a second look. Over the holidays, I started over and watched a handful of episodes.

Look for a review (of what I’ve seen so far…) on Thursday.

All my best, and thank you for the comment about the blog!

Don’t forget to ask me your questions at Muirbusiness@yahoo.com.
at February 08, 2016