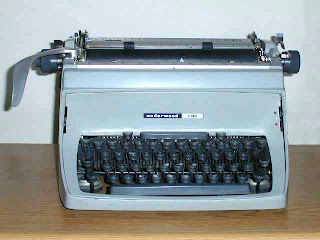 “Ever since I saw my first movie, I wanted to be a great movie critic.  What I’d like to know from you is what you believe is the key factor to being a movie critic on the Internet?  What is your advice?”

Susan, that’s an intriguing question, and I’m very happy to answer it.

There’s a lot of terrific film criticism on the Internet today, and a lot of bad criticism too.

And part of the reason there is so much bad criticism is that many reviewers simply just give their opinions of films.

But everyone -- critic and non-critic alike -- has an opinion, of course.

A movie critic must go beyond personal opinion and provide reasons, or arguments for or against a film’s quality or artistry. People can disagree with those reasons, but it is necessary to enunciate those arguments anyway.    In this way, readers can determine if you are full of shit, or deeply engaged in trying to convey the artistry of a film.

Personally, I grow immensely tired of reviews which make declarations about a film’s quality without any support whatsoever for those remarks.  Snark is not the same as criticism, and such reviews are nothing more than the written equivalent of mouthing-off.

In my opinion, a good critic should approach every film her or she reviews with:


If a critic addresses those points, he or she usually impresses me.  The bottom line is that you must approach criticism not from an attitude of dismissal or derision, but from respect and open-mindedness.  By doing so, you raise the level of the dialogue, instead of lowering it.

The Internet gives everybody a platform to publish their work, but the fact is that not everyone is a critic by temperament.

Just tossing out an opinion isn’t the same thing as writing movie criticism.  Critics don’t get “paid” for opinions.  They get paid -- when that happens at all -- to meaningfully contextualize films for audiences.

Critics should guide viewers in the process of seeing a particular film in a meaningful way.  If they don’t accomplish that task in their reviews, readers aren’t really getting their money’s worth, or time’s worth.

I hope that advice helps, and I hope you have much success in your career endeavors.  Go fulfill your dream of becoming a great movie critic!

Don’t forget to ask me a question at Muirbusiness@yahoo.com
at March 11, 2013