In "E.S.P.," a tortured man with extra sensory perception, John Croxley (John Stratton) encounters a U.F.O. His wife (Deborah Stanford) is killed when an alien ship crashes into his house, and aliens proceed to take control of his vulnerable mind.

Baiting Straker (Ed Bishop), Croxley writes a movie script about SHADO and sends it to Harlington-Straker Studios. The script contains references to every facet of Earth's defenses, and the men and women who defend the planet. Straker and Freeman (George Sewell) go to the wreckage of Croxley's house to confront him, only to find it a trap, with him waiting, ready to murder them.

Colonel Foster (Michael Billington) shows up at the last minute to save his cohorts, even as the alien-controlled Croxley fights to hold onto his mind. 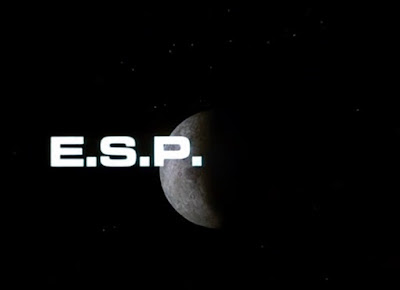 "E.S.P." is another episode of Gerry Anderson's UFO in which an alien-controlled human attempts to assassinate Straker, a plot-line used in the appropriately-named "Kill Straker" and also in "The Man Who Came Back."

In-universe, this means that the aliens have recognized Straker, not Earth's technology, as the greatest barrier to their success. Out-of-universe, it means viewers get another overly familiar story.

The most intriguing facet of this episode is the script that Croxley writes about SHADO, and which focuses on the organization's installations and personnel. Had he really wanted to mess with Straker, Croxley might have sent it to a competing studio, rather than Straker's. Imagine Ed learning that a "UFO" film was in production at a rival studio, "outing" every aspect of his organization. That would have been a real security breach. As it arNSA, the script is just a trap to lure Straker to Croxley's ruined home.

The alien plan doesn't seem terribly thought out, but "E.S.P." works hard to generate empathy both for Croxley and the aliens. Croxley's extra-sensory perception is driving him to "mental illness," and then he loses his wife, his only foothold on normality. Straker's last thought about Croxley, that -- in the end -- Croxley let Foster kill him so as not to be a tool for the aliens -- is affecting, even if we don't quite understand how or why Straker arrives at that particular conclusion. 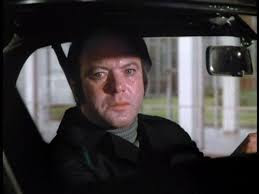 As for the aliens, they speak through Croxley and plead with Straker, noting that they are fighting "for existence" and that they "must come to Earth to survive." In another kind of sci-fi series, this admission might be the opening for a dialogue between Earth and the aliens. A peace treaty could be arranged, with the aliens trading their miraculous technology for access to Earth. Of course, they couldn't harvest bodies, but this episode suggests, in some small way, that the aliens want, at least, to talk. Of course, it is the aliens who began the relationship through abduction and murder, so it is understandable that Straker is implacable.  Still, this (and other episodes) establish that the aliens have very few choices left, in the war to survive. 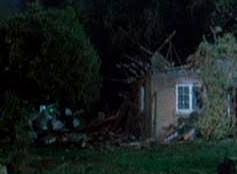 This episode is from the early batch of episodes (with Sewell as Freeman), and I confess that I generally prefer the latter batch of episodes, which are heavier on action, and feature more mind-bending plots. There is nothing in particular wrong with "E.S.P.," yet it is never terribly original, or even thought-provoking.