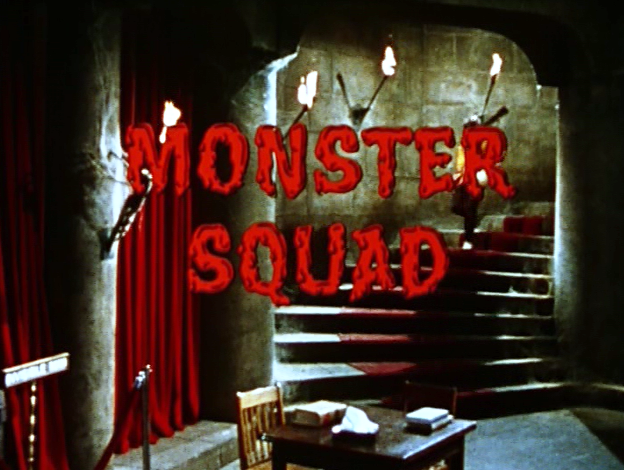 In “Ultra Witch,” Walt (Fred Grandy) and the Monsters are alarmed by a world-wide emergency. All the cows in the world have spontaneously stopped producing milk! This event could ruin the global economy, and deprive children of cookies for its duration.

The Monster Squad discovers that an evil witch (Julie Newmar) has cast a powerful spell to affect the cows in the fashion.  But when Dracula, The Werewolf and Frankenstein confront her, Ultra Witch uses a ray-gun on them that transforms the trio into life-sized black-and-white cardboard statues.

Walt swoops in to help, and realizes that the only way to restore his friends is to steal Ultra-Witch's ray gun and reverse the beam… 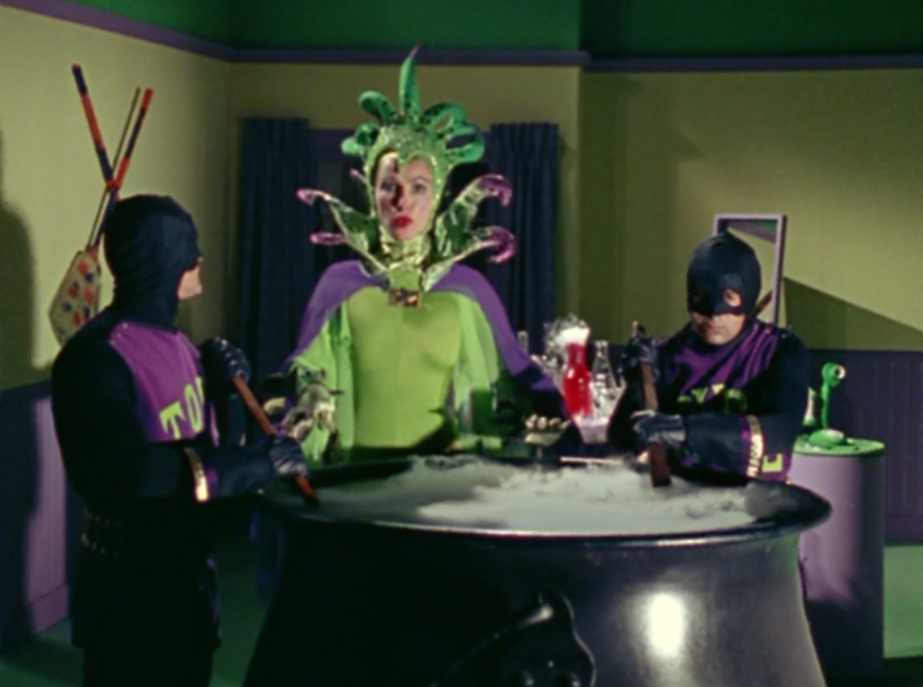 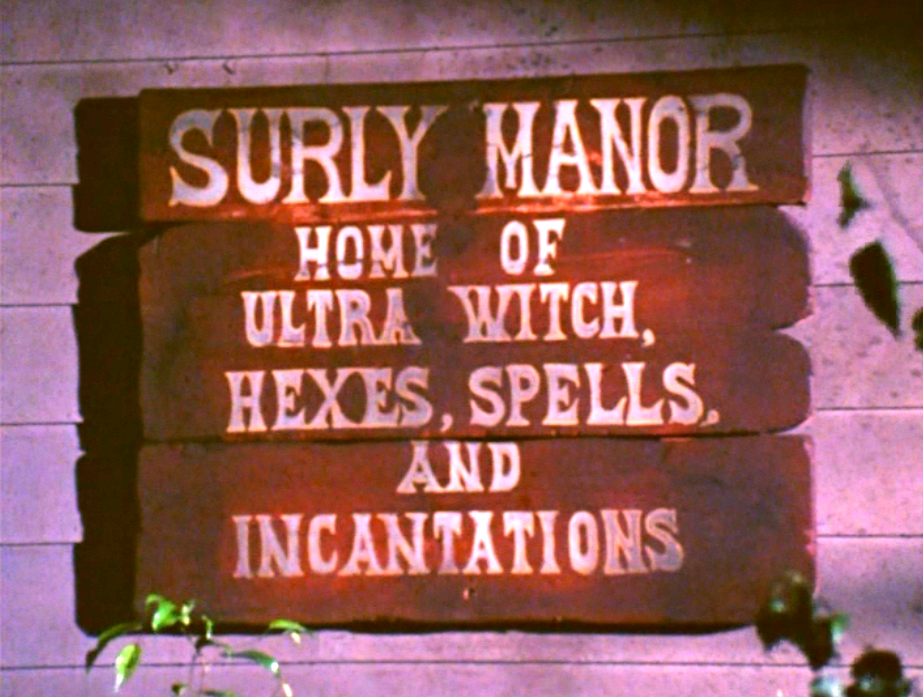 “Ultra Witch” is a good bit better than last week’s entry of Monster Squad (1976), the god-awful “The Astrologer.”  The episode owes its comparative success to two significant factors: Julie Newmar, and some adult-themed jokes.

On the former front, Julie Newmar -- Catwoman on Batman (1966 – 1969) -- clearly understands how to do high camp: with a sense of grace and restraint. Newmar doesn’t shout her lines in an attempt to make them play funnier.

Also, she doesn’t deliver her dialogue in such arch and knowing fashion that the audience wants to cringe at the wink-wink/nudge-nudge approach, either.  Instead, more often than not Newmar is soft and melodic. She lets the material -- such as it is -- speak for itself.  She is a very graceful performer, and in a low-budget, slap-dash production like this one, that grace matters. 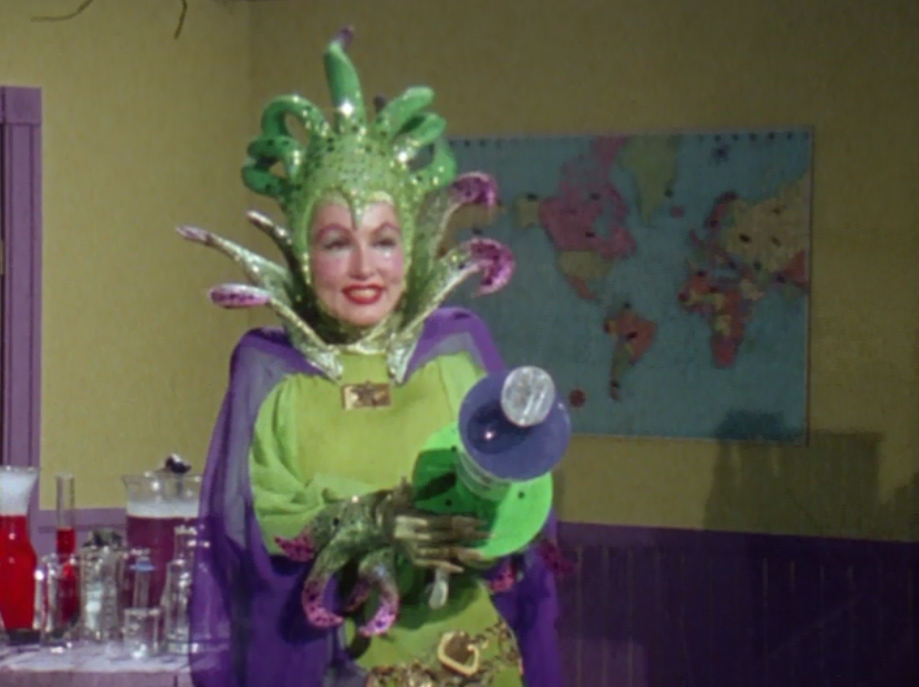 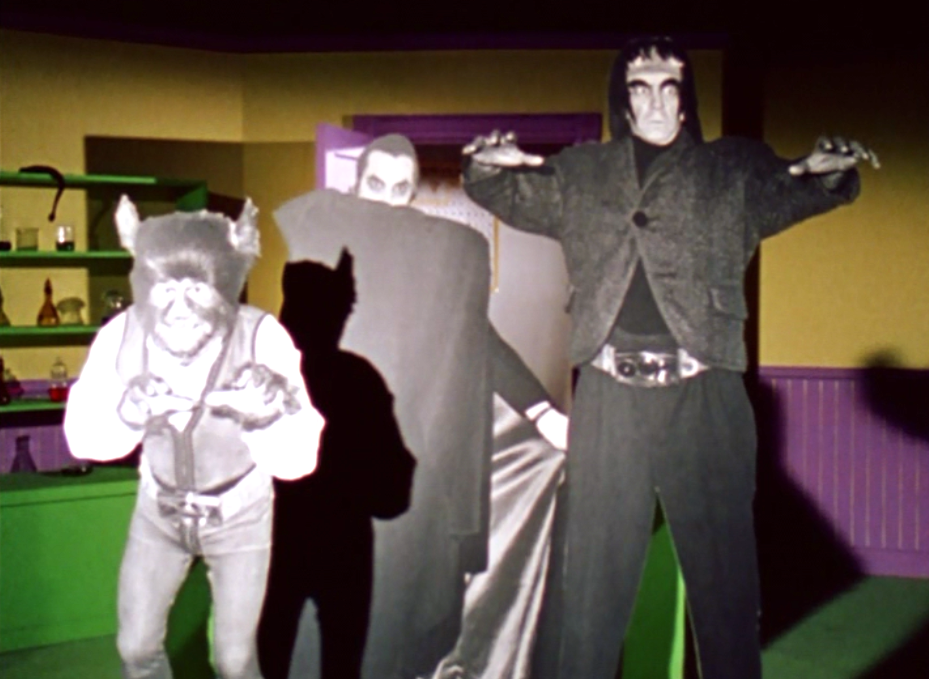 The jokes are also better this week on Monster Squad.

Although the premise of magic (!) being used to brainwash cows into not providing humans milk is patently absurd, some of the comedy nonetheless hits the mark.

For instance, early in the episode it is noted that all cows in the world are refusing to give milk. Except one specific cow. It’s from the Middle East, you see, and has instead placed an embargo on its milk.

Yes, it’s silly, but for a country living through the OPEC oil embargoes of the 1970s, the joke hits the mark. Would kids get it?  Probably not.  But the adults of 1976 certainly would have.

Another joke, delivered by Dracula (Henry Polic II) involves his taste for blood and the fact that he is now “on the wagon.”

Again, the lingo there -- on the wagon -- is not something that a kid watching Saturday morning TV would necessarily understand (or relate to) though the adults in his or her life would.

Before it ends, “Ultra Witch” also takes shots at “bleeding heart liberals,” and “census takers,” again creating the impression of an episode that is pitched just a bit higher than the norm.  It’s as if the writer actually had the parents in mind for this one. And that's a relief.

So this episode isn’t great -- none of the Monster Squad episodes are, frankly -- but “Ultra Witch” is watchable and tolerable, and that combination has been a high reach for the program thus far.

Next week: "The Wizard."