The Super Friends defend a new energy source called “Liquid Light,” but the Legion of Doom soon steals it. In truth, the Legion has a far more insidious plan.

It uses its agent to capture the super devices of the Justice League, including Wonder Woman’s lasso, Green Lantern’s power ring, and the utility belts belonging to Batman and Robin.  The Super Friends are rendered powerless and transported to the HQ of the Legion of Doom.

There, Wonder Woman, Green Lantern and the Caped Crusaders are put on trial and found guilty of defending justice. They are sentenced to fight android duplicates of themselves; but ones armed with their devices.

The heroes of the Justice League get a “taste of their own medicine” in “Trial of the Super Friends.” Deprived of their devices, they are forced to understand what it is like to be hunted by those who possess them. 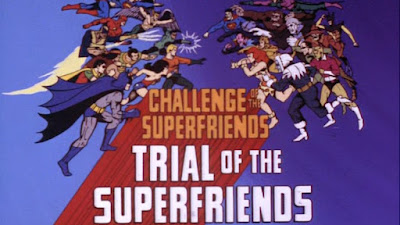 This episode of Challenge of the Super Friends (1978) reveals more information about the Legion of Doom. For example, the members operate by their own set of laws, of what you might call “anti-justice.” In their eyes, the Super Friends are the criminals.

Actually, their laws are pretty, well... Libertarian. They seem to object to the heroes on the specific basis that the heroes interfere in their plans to do whatever they desire.  Amusingly, the oath in this anti-legal system is “So help me, Grod.”  That’s pretty funny. 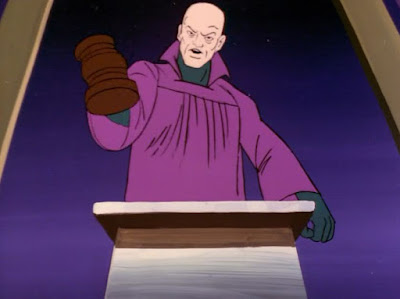 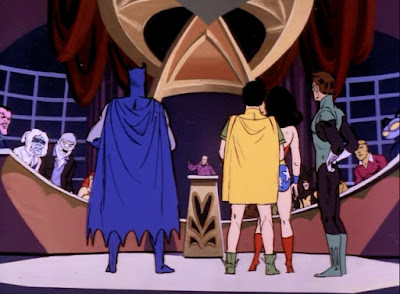 Secondly, we see that the Legion HQ has an operating transporter device that can beam people from one location to another. As with other devices, the series’ writers only remember this device sporadically, when a particular narrative requires it.

As usual, logic is not a strong suit. At one point, Green Lantern is without his power ring. That ring is creating an impenetrable green force field. But Green Lantern just reaches through it, and grabs it. Is this because he controls all green powers, even without the ring?  If that’s the case, why bother to steal the ring anyway? 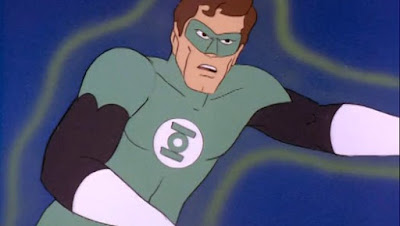 This line is constantly and tiresomely repeated, and, as we have seen, totally interchangeable. It’s a playground level taunt for first graders, used by protagonists and antagonists alike.

Next week: “Monolith of Evil.”