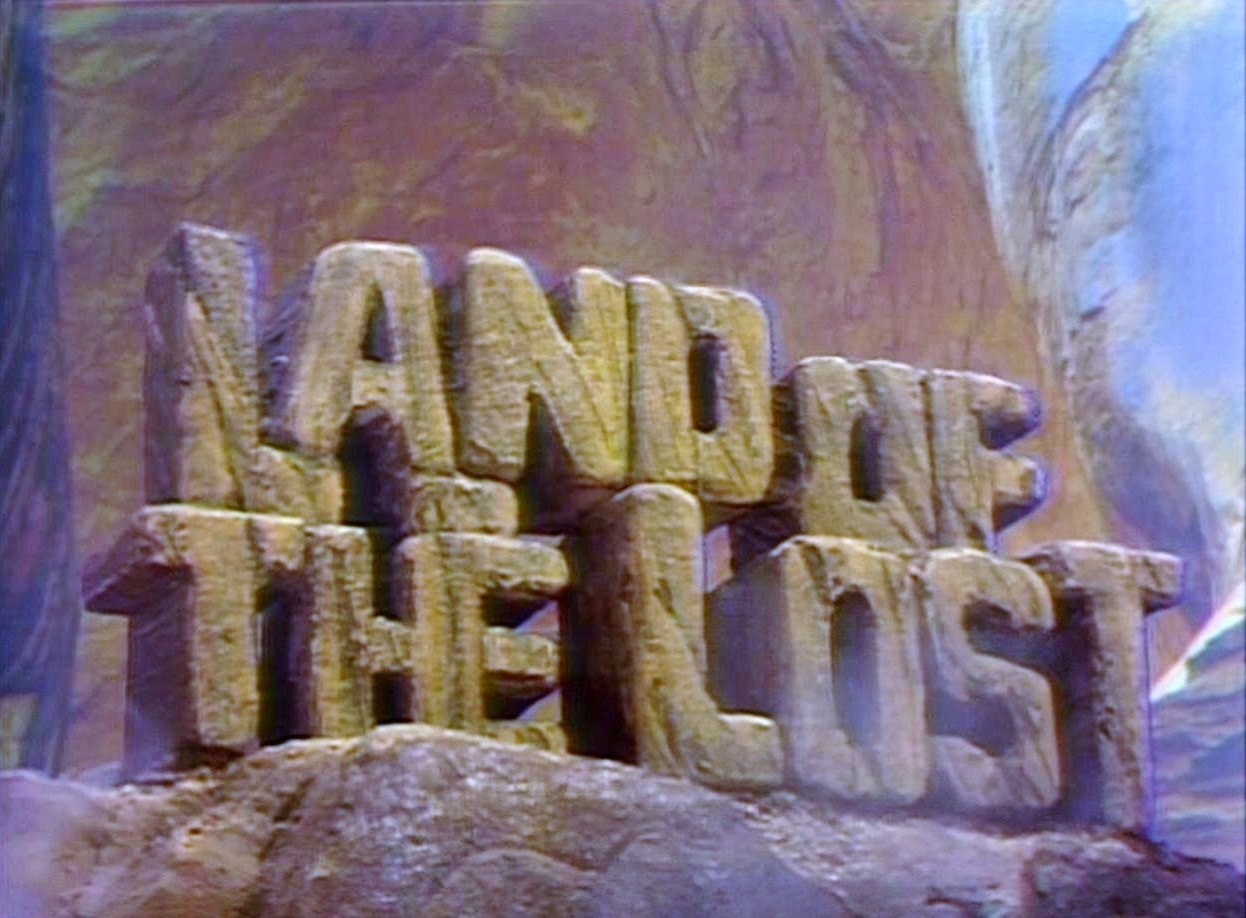 "Elsewhen" by D.C. Fontana (and directed by Dennis Steinmetz) has always been one of my favorite episodes of the 1970s kid-vid series, Land of the Lost. Even today, decades after it first aired, it is poignant, intelligent and endlessly fascinating.

This story finds the Marshalls exploring the Lost City of the Sleestak. The family heads to Enik's cave to open the time doorway there (or to attempt to, anyway...). Rick Marshall's (Spencer Milligan) experimentation at the matrix crystal table seems unsuccessful, or so it appears. He opens up a misty gateway...but to which world? It's unclear.

Meanwhile, Holly (Kathy Coleman) wanders off by herself. After an encounter with the allosaurus Big Alice, she discovers a deep cavern leading hundreds of meters below the stone city. She spies a pylon key ensconced on a cave wall by the entrance, and brings back Will (Wesley Eure) and Rick to investigate this anomaly. The Marshalls quickly find a "black hole" in the cave and wonder if it will lead to a time doorway. The hole appears to be bottomless.

While her brother and father research the black hole further, Holly returns to Enik's cave and is surprised to encounter a beautiful young woman, Ronnie. Ronnie lovingly tells the young girl things about herself and her future; things that Ronnie couldn't possibly know, and Holly is able to use this knowledge to save Will and Rick from the Sleestak, as well as survive a trip into that black hole (and conquer her fear of heights).

In the end, Holly comes to realize that Ronnie is actually an older or "future" version of herself; that she came through the time doorway that Rick Marshall opened. 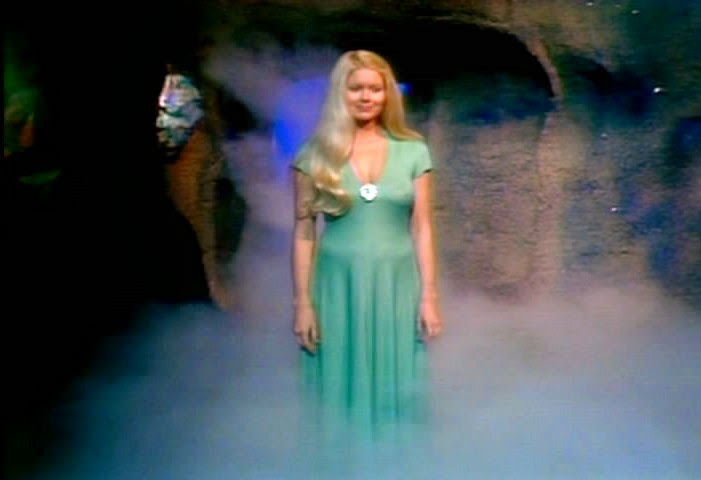 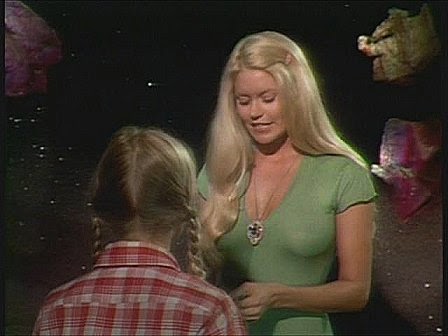 "Cherish your father and brother, Holly," Ronnie warns the young girl in closing. "They won't always be there."

That message -- that loved ones die -- is a powerful one that has always resonated with me; since I first saw the show in 1974-1975. It seems like a particularly strong message for a kid's show, but that's one of the things I love about Land of the Lost. Say what you want about it being a "kiddie" program, but it deals with real issues in an intelligent fashion, like the notion that friends, pets, and family don't...live forever.

I had the good fortune to discuss "Elsewhen" with its creator, the late writer D.C. Fontana, back in 2001.
"The idea had been on my mind that it would be nice to know things as children that we do as adults," Fontana said. "They [the producers] wanted to do a Holly story because they didn't have too many. And so Holly's adult self came back to give her younger self a warning, which was like 'If I knew then what I know now...'"

I remember commenting to Ms. Fontana that this was all "pretty heavy stuff" for a childrens' show, since it implied Holly would lose both Will and Rick -- that they would die and apparently leave her to fend for herself in the Land of the Lost.

"I have two brothers, and my mother was alive when I wrote that show," Fontana expressed. "But I was exploring the idea of what would happen if you lost those people in your life that you care most about. In many ways, you're out in the world alone, and you have to be prepared for that."

Watching "Elsewhen," all this material comes through so clearly, and I also appreciated the notion of that inexplicable pylon key showing up. It is never explained why it is there, what it is connected to, or what the purpose may be. I've always enjoyed the fact that this mystery is not resolved. 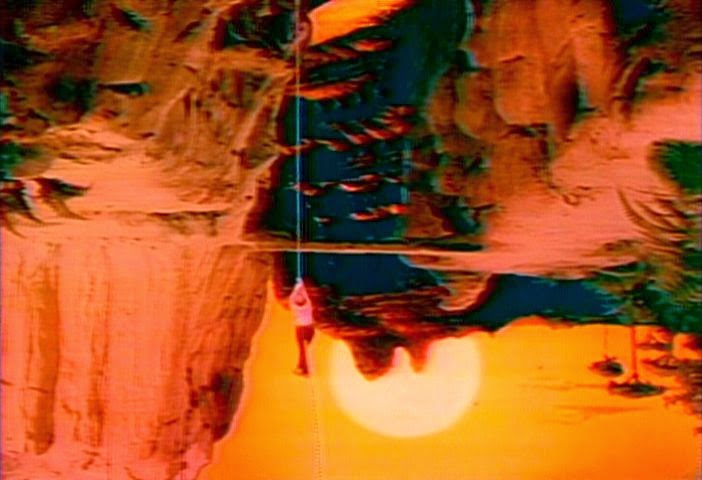 We are not always privy in life to answers, after all, so why should the Marshalls figure it out? "I can't explain the unexplainable, Holly," Ronnie wisely tells Holly, and that's one of the undercurrents in this episode as well.

"Elsewhen" is a superb episode, and probably one of the ten best episodes of Land of the Lost.
at November 14, 2020 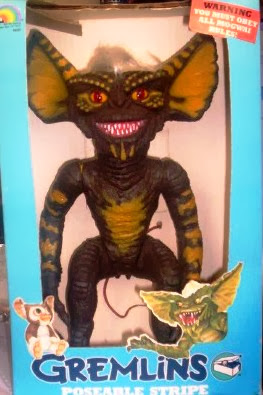