Tales from the Darkside binge: "Slippage" 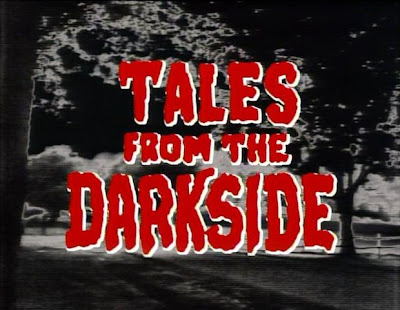 If "Inside the Closet" demonstrated how formalist film techniques might be effectively marshaled to forge a visceral sense of terror on a low-budget, then Tales from the Darkside's "Slippage" reveals another side of the anthology series' creative equation.
Here, a cerebral, existential terror is broached.  There are no monsters or ghouls to speak of in this half-hour installment, simply the terrifying notion that we do not hold as firm a grasp upon our lives and our identities as we might believe.

As mortal human beings what many of us fear most is oblivion, our absence from existence itself.  Religions have been created, in fact, simply to temper our fear of such oblivion.  Instead of oblivion, we face an eternal and Utopian afterlife in a different, spiritual form, many religions inform us in a dedicated attempt to make the unimaginable and unacceptable palatable.

But "Slippage" dwells explicitly in that universal fear of "winking out," veritably gazing at the bogeyman of oblivion in the mirror.
In "Slippage," written by Mark Durand and Michael McDowell and directed by Michael Gornick, a commercial artist, Richard Hall (David Patrick Kelly) unexpectedly has a very bad day.  His paycheck has gone missing, and the portfolio he sent to a prospective employer, Commercial Graphics, has also disappeared.
At home, Hall is perturbed when his wife, Elaine (Kerry Armstrong) appears to have registered their car in her name only.

And why wasn't he invited to his high school reunion?
In very short order, Rich worries that "a gremlin is out to rob me of all documentation."  Soon, the fear -- though disturbingly amorphous -- becomes more pronounced: Rich goes to visit his Mother (Harriet Rogers) and she doesn't recognize him.  In fact, she claims not to have a son at all.  Some dark force is systematically wiping out Rich's past...and getting perilously close to his present.
Thus, in the spirit of Twilight Zone stories such as "A World of Difference and "I Shot An Arrow in the Air," "Slippage" suggests that, through some dark supernatural or paranormal auspices, we could be wiped out of existence. That existence itself, seemingly, bears a grudge against us.
Such an idea is frightening enough on its own, but if you peel back the layers of the onion you see that the terror goes even deeper.  If we become lost to oblivion as if we never were at all, the world's memory of us vanishes too.   Since remembrance is the only immortality our species can achieve, the idea of all our loved ones forgetting we ever existed is a potent fear.
At one point, Elaine asks Richard "you don't want them to forget you, do you?" in regards to his new employers, but her question is actually about a larger, existential issue.  We must accept the fact of physical death, but not one of us wants to accept the idea that we could be forgotten by our loved ones, or that our good deeds on this Earth will disappear into the fog of time.
Simply put, we don't want to be forgotten. We don't want to be invisible.

"Slippage" is consumed with the idea of self/identity, and the episode highlights numerous shots of Richard gazing into the mirror, considering his reflection.  He draws sketches of himself as a baby, as an adult, and as an old man as well.  All such compositions remind the viewer how important we hold our own image, our visage and sense of self.  The message is, simply -- as scrawled out in a Yearbook quote from Rich's classmate -- "Remember thyself to thyself." 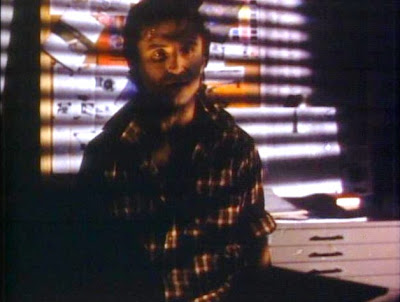 As Richard starts to slip through the cracks of time, no more than a "memory that's slipping fast now," he suggests to his friend, who still remembers him, that it is easy in the grind of daily life not to remember thyself, but simply to grind along, unthinking, taking existence itself for granted.
The mechanism of the "Darkside" or "Other World" in this episode causes unfortunate Richard to consider those very things he has neglected.  His favorite movie may be It's a Wonderful Life, but Richard hasn't learned the film's lesson.
Although not as stylistically accomplished as "In the Closet," "Slippage" reveals a how Tales from the Darkside could, even on an egregiously low budget, reckon with human terrors beyond ghouls, witches and devils.
at October 22, 2020

A few years back, I tried explaining to my son, Joel, the idea of ordering items from a catalog.  I explained that it’s like ordering someth... 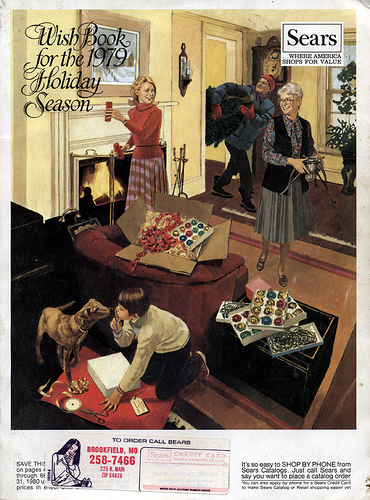