"Deep in the heart of the Amazon, the Butler family was exploring an uncharted river canyon. Suddenly, caught up in a violent whirlpool, they were propelled through an underground cavern and flung into a hostile world of giant prehistoric creatures, a world that time forgot. Now befriended by a family of cave dwellers, each day is an adventure in survival for the Butlers in the valley of the dinosaurs."
-Opening narration from Valley of the Dinosaurs
In the autumn of 1974, American children had a tough choice. They could watching stop-motion dinosaurs on the live-action Sid and Marty Krofft spectacular Land of the Lost (1974 – 1977), or cartoon dinosaurs on Hanna-Barbera's similarly themed animated series Valley of the Dinosaurs.
The common points between the two programs are quite intriguing, and worth enumerating.

Both series involve modern American families on inflatable rafts "tumbling" down dangerous bodies of waters and ending up in prehistoric worlds, for example.
On Land of the Lost, it's the closed pocket universe of Altrusia; in Valley of the Dinosaurs, it's merely a hidden valley in the Amazon that serves as the family’s destination.
Both series also involve contemporary, 20th century technological man interacting with more primitive "natural" creatures, whether a family of “cave dwellers” in Valley or Chaka's people, the Pakuni in Land of the Lost. 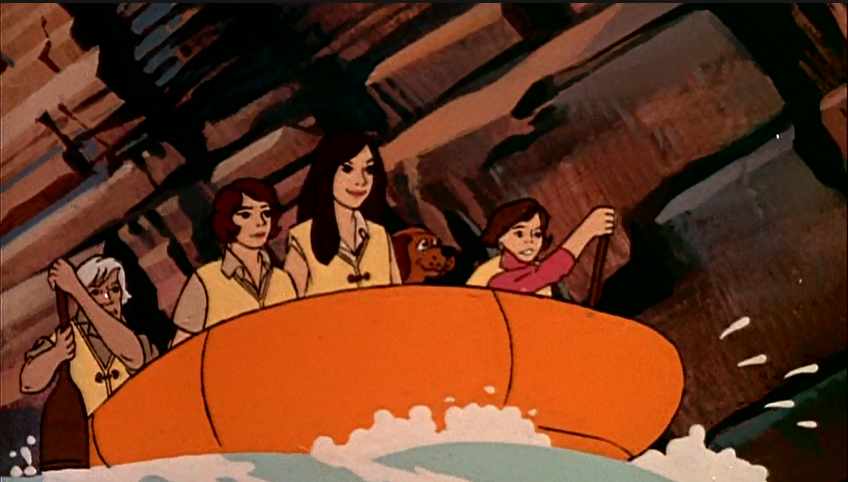 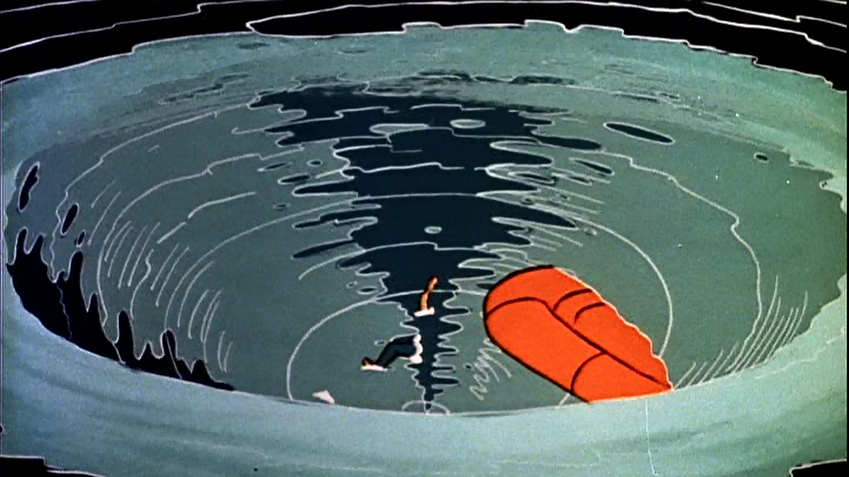 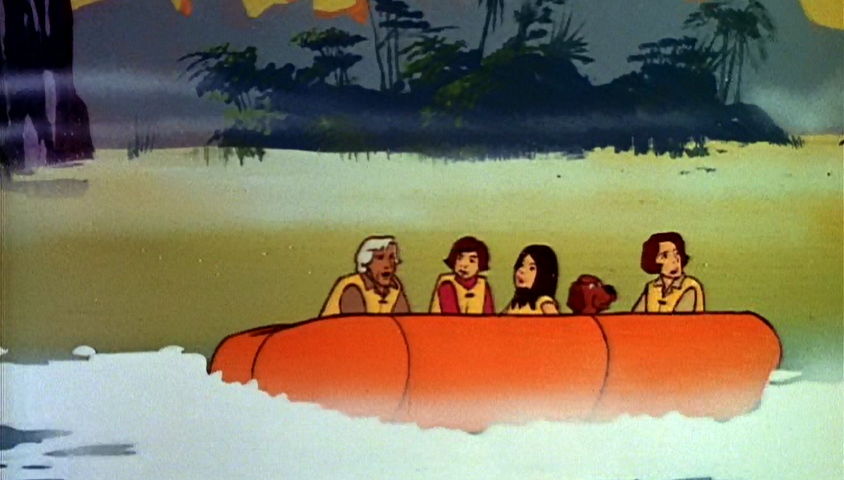 Where the series diverge is in storytelling approach, level and style.
Land of the Lost quickly began to feature surprisingly mature and intelligent narratives about environmentalism, hard science fiction concepts (like time loops), and even featured a recurring (and scary) villain for the Marshalls: the unforgettable Sleestak.
By contrast, Valley of the Dinosaurs is much more the tale of two families learning to help one another, to survive. There is no real enemy to fight, save for the dinosaurs, ants, and other challenges in valley. There is a focus on pre-adolescent humor and hijinks, and getting across a moral lesson with each story. 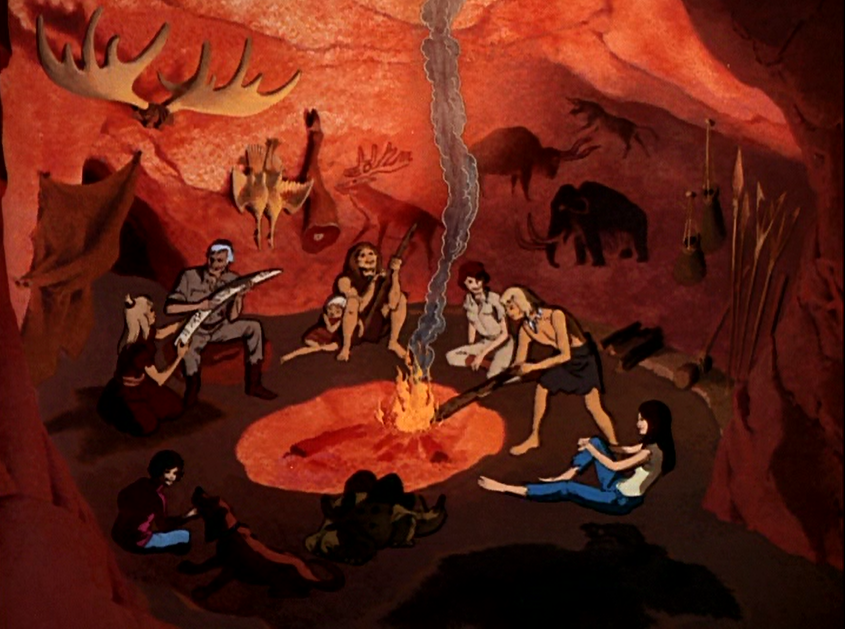 The first half-hour episode of Valley of the Dinosaurs aired on Saturday, September 7, 1974 and is titled "Forbidden Fruit." This episode was directed by Charles A. Nichols and the writing team included Peter Dixon, Peter Germano, Dick Robbins and Jerry Thomas. Interestingly, the story editor on Valley of the Dinosaurs was Sam Roeca, who later served as story editor on the third season of Land of the Lost. Talk about closed pocket universes...
Anyway, we meet the Butler family in this episode. It consists of white-haired patriarch, John Butler,  who is a high school science teacher, his troublesome and prone-to-mischief son, Greg (who likes to say things such as "jumping jeepers!"), teenage daughter Katie, and the protective mother of the clan, Kim. The Butlers have also brought along their loyal dog, who closely resembles Scooby-Doo (remember, this is Hanna-Barbera too...), named Digger.
As I noted above, the thematic leitmotif of Valley of the Dinosaurs involves the Butler's learning to cooperate, respect and live alongside a "mirror" human family of primitive cavemen, which includes patriarch Gorok, hunky son Lok, and matriarch Gara, among others. Tana is the little cave-person girl and Greg's playmate.
The cave family even cares for a pet Stegosaurus named "Glump." 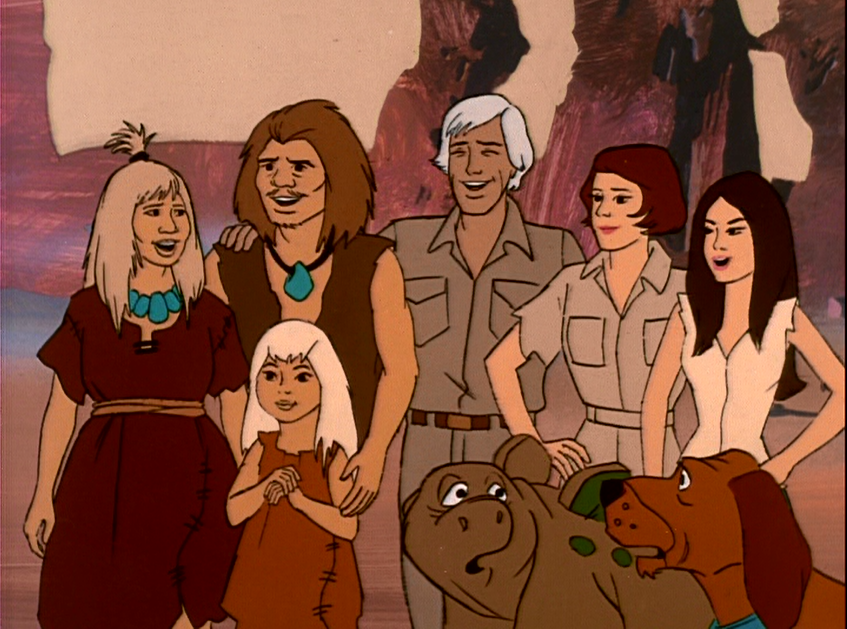 Each episode involves one family teaching the other family a lesson in tolerance and diversity. The differences in evolution don't matter, the show informs us as viewers; we can still be "good neighbors."

For instance, "Forbidden Fruit" involves the Butler family discovering a stash of delicious tree-growing fruit. However, the cavemen, led by Gorok, forbid the family from eating it.
Why? Well, apparently, a local brontosaurus is quite adamant about devouring all the fruit itself. Still, Greg fails to honor this edict and steals a basket of the fruit, which results in the angry brontosaur assaulting the home of the two families, an expansive mountain cavern. 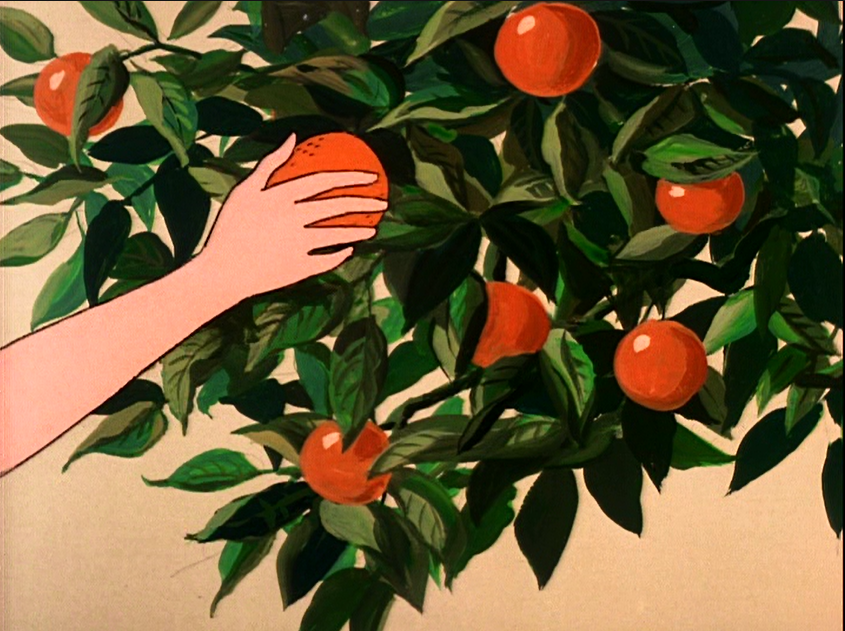 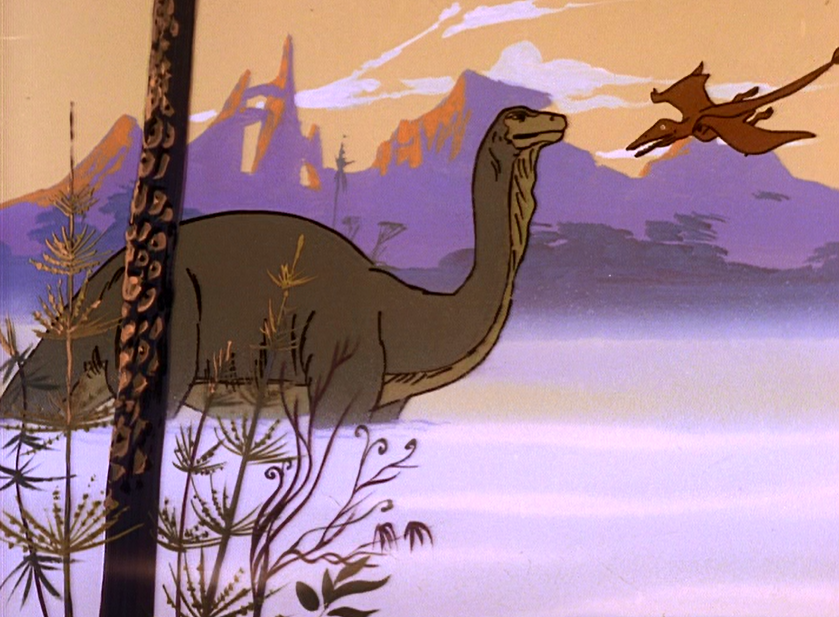 The attack by the dinosaur precipitates a cave-in, and then a flooding of the habitat. The two families must then work together to siphon water out of the cave, utilizing bamboo shoots that happen to be plentiful.  Greg feels guilty for breaking the cave man law and finds a way out to warn the local village about the dinosaur. 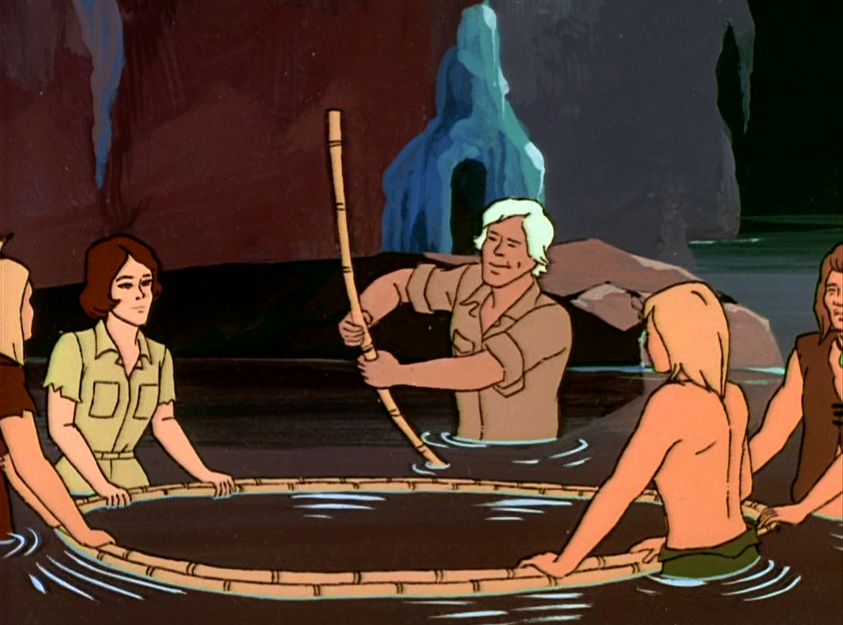 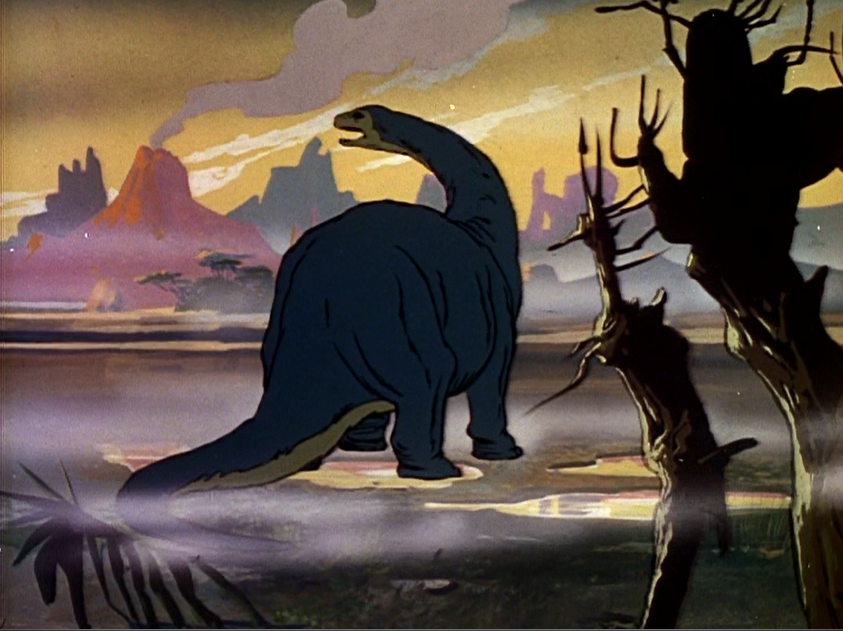 In the end, order is restored and Gorok provides viewers with the lesson of the week. "We have laws and customs," he reminds the Butlers. "You know things we do not, and we listen. We know things you do not...and you listen."
This episode also features the cave man realization that "The Butlers...they are strange...but nice."
at October 17, 2020