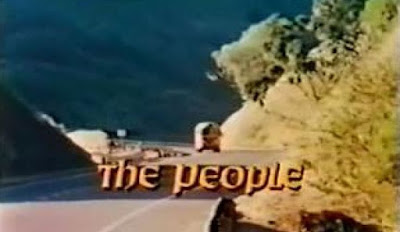 A young elementary school teacher, Melodye Amerson (Kim Darby) travels to a small, isolated farming community in the southwest to run the one-room school-house there.  She has left behind a boyfriend, who worried that she would be alone in the middle of nowhere.  Melodye’s response is that, in this new location, she’ll have “more time” to figure herself out.

On her arrival in the rural community of Bento, however, Melodye finds the young students distant, unemotional, and strange.  Worse they are not allowed to sing, dance, make pretend, or otherwise express aspects of their imagination.  The whole community seems shut down emotionally.  The nominal leader of the town, Sol (Dan O’Herlihy) seems very reserved, and stern.

Also baffled by the incredibly healthy people of the town is Dr. Curtis (William Shatner), who wishes to study their hearty nature, and local medicines.

As Melodye and Dr. Curtis soon learn, the people of the town of Bendo are not and never can “be normal.” They are actually refugees from another, long-destroyed world. They emigrated to Earth, hoping to find safe harbor, but their ship blew up in the atmosphere on approach. Now, their people have settlements all over the world, mostly far from large human populations.

As Melodye soon learns from a student named Francher, these gentle, unassuming aliens possess advanced mental abilities, including ESP, and telekinesis. Melodye -- a bit of an outsider herself -- decides to stay on as the school teacher, and learn about the unusual community. 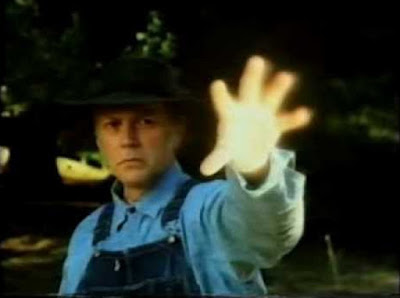 Executive-produced by Francis Ford Coppola, The People aired on The ABC Movie of the Week, on January 22, 1972. The telefilm is based on the novellas and short stories of much-beloved author Zenna Henderson (1917-1983), who wrote several tales involving “the People,” with titles such as “Ararat” and “Pottage.”  The People is a loose adaptation of the latter tale.

Like many of its 1970’s brethren (Night Slaves, The UFO Incident, or The Stranger Within), The People involves aliens on Earth, but here the story is not -- at least for the most part -- horror-based.
On the contrary, The People is a straight-forward (and sympathetic) allegory for the immigrant experience in modern America.  Specifically, these aliens of Bento -- because of their cultural differences -- choose not to assimilate or accommodate to the dominant culture of the local population.  Instead, they “separate” (think: the Amish), setting up an isolated community and only tangentially relating to locals, like school teacher Melodye, or the physician, Dr. Curtis.  The aliens separate from the human community not only to maintain their individual culture and beliefs, but to maintain their safety and security. They are afraid of being discovered, and exterminated, when their alien nature is discovered.  But they are a danger to none, not knowing aggression or other violent impulses.

The situation of the aliens in Bendo is, impressively, mirrored by Melodye’s situation.  If the “people” are outsiders to the human race, Melodye is an outsider to Bendo, and the alien ways she soon discovers there. The path she chooses, as an émigré, however, is accommodation.  She doesn’t assimilate to the alien ways, leaving all her learning and rituals behind.  Nor does she put a wall of separation around herself, so as not to be “contaminated” by ways not her own.

Instead, she attempts to share her beliefs (through teaching lessons at school) with the people, while she opens herself up to learning of their ways, as well.  Dr. Curtis, played by a low-key William Shatner, selects much the same path.  They are only humans in the town of aliens, and yet --for their own reasons -- they choose to make Bendo their home. As Curtis notes, he has “learned to respect the people and their customs.” 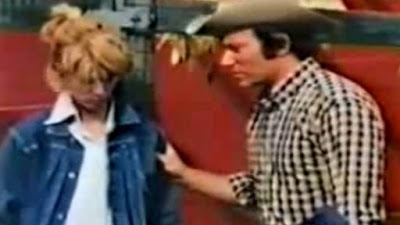 The People’s most compelling scene involves Melodye’s school project for the children, called “I Remember the Home.” Here, she asks each young student to draw what they remember of the place they hailed from.  As she learns from the results of the lesson, “The Home” is another world all-together.  But The People proves most artistically-adept as the story of the aliens is visualized through a series of children’s drawings, paintings, and sketches.  The whole journey, from the old world, to the new one, is transmitted via art, and this is a great, symbolic way to fill in back story, or provide exposition.

Some of the levitation effects don’t look great today, and yet the special effects hardly matter.  The unique thing about The People is that it concerns advanced, thoughtful people who have, at least largely, come to shun technology.

The film’s conclusion, with the aliens putting down “fear” to learn about the humans, is a hopeful one, too.

The story of diverse people learning to get along with one another is just as timely today, in 2017, as it was in 1972.  As Melodye points out “different people are what make the world interesting.”  How boring it would be if we were all the same, all living exactly the same way. The film’s conclusion is that the alien people possess a “wisdom and experience beyond anything we can imagine,” and that Earth “can be a place of love, as well as fear.”

But I like that this is not a one way street.  The process of “separation” has not served all the people of Bento well, resulting in the need for contact, with those like Melodye, or Dr. Curtis.  It is the immigrants, too, who learn to put down fear, not just the humans who encounter super-powered aliens.

The People was a back-door pilot for a series that never came, and which would have reunited the stars here, including Darby and Shatner (who first appeared together in the Star Trek episode “Miri,” in 1966).  It’s a great shame that the series never came to be, as this TV movie is charming, sweet, and engaging

Although the central roles would need to be recast, it is not difficult seeing how this concept could be made to work again, in our modern environment, as an antidote to the rabidly anti-immigrant national dialogue of the past few years.

Not everyone who is different, or who carries different beliefs, is a monster. The People transmits that idea beautifully, although, honestly, I could do without the scene involving the flying kazoos.
at March 24, 2020