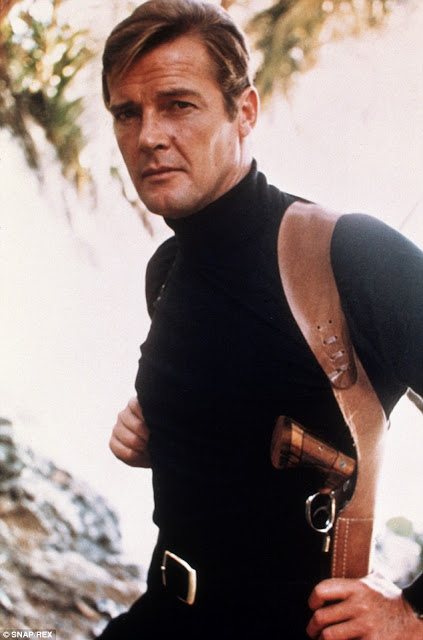 I am reeling from the news, just reported, that Sir Roger Moore (1927-2017), has passed away following a short struggle with cancer.

It was just a few short weeks ago here on the blog that I answered a question from a reader about why Roger Moore was, in some ways, the critical factor in the survival of the 007 film series in its second decade.

I  have appreciated his film performances as 007 since I was ten years old. 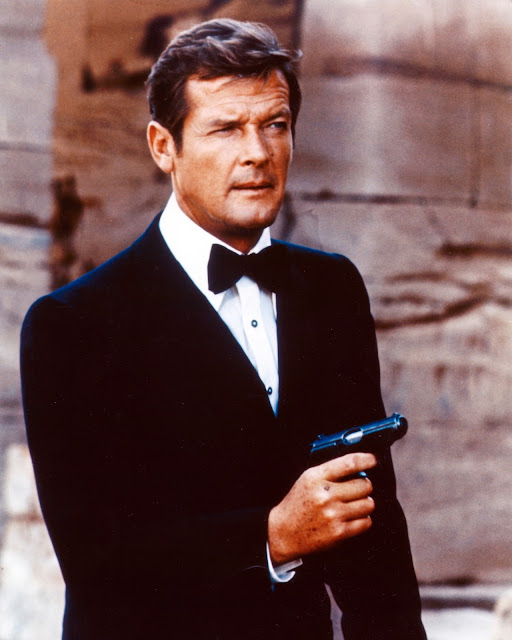 Indeed, I grew up with Roger Moore as James Bond, and the first Bond film I saw in theaters was 1979's Moonraker.  Right from the start, I loved Moore's humor and grace in the role of 007, and I have always felt that his contributions to the franchise were wildly (and grossly) underestimated.

Moore truly made the character his own, instead of attempting to ape Sean Connery's performances, and that choice by Moore, I believe, contributed immeasurably to the longevity of the character. That choice also paved the way for the interpretations of Timothy Dalton, Pierce Brosnan, and Daniel Craig.


For Your Eyes Only is, for me, a high point for Moore's era as 007. I actually liked his interpretation of Bond even more as the actor aged. As he grew older, Moore brought in a kind of world-weariness to go along with the arched eyebrows and white dinner jacket. I found this approach enormously appealing, as it added gravitas to the charm and humor.

Outside of acting, Sir Roger Moore is well-known as a humanitarian, and for many years served as a Goodwill Ambassador for UNICEF.

He was a secret agent at the movies, but a superhero of sorts, in real life. He will be greatly missed.

Email ThisBlogThis!Share to TwitterShare to FacebookShare to Pinterest
Labels: 2017, tribute