Friday the 13th: The Series ""Hellowe'en"

Although Friday the 13th: The Series features plenty of good episodes, the best of them invariably feature the late, great R.G. Armstrong as Lewis Vendredi, original owner of Curious Goods.  Armstrong could really portray a great villain, as one can detect from his performances in movies such as Race with the Devil (1975).  And on Friday the 13th, he made for a very malevolent, if recurring presence.

“Hallowe’en” (original airdate, October 26, 1987) is another early first season episode of this syndicated series, and the first one to feature the return of Vendredi.  In this story written by William Taub and directed by Timothy Bond, Ryan (John D. Le May) and Micki (Robey) host a Halloween costume party at Curious Goods in an attempt to allay the fears of the (rightfully…) concerned neighbors.  The basement vault where all the cursed items are locked away is marked as “off-limits” by Ryan for the occasion, but two partiers ignore the warning and conjure up a spirit in a glowing crystal ball: the spirit of Vendredi, himself. 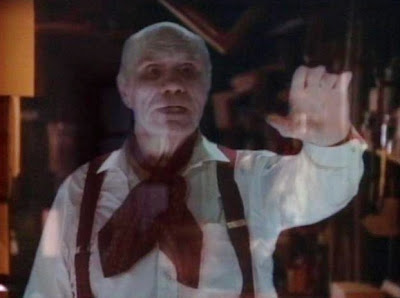 While Jack (Chris Wiggins) is mysteriously led away from the party (and Micki and Ryan) by a lost little trick-or-treater, Greta (Adrienne Pocock), Vendredi appears as a ghost in Curious Goods and begs Micki and Ryan for their help with an act of mercy.  He claims to desire only to save the soul of his long-suffering, deceased wife, Grace.  He even takes them to her corpse…which happens to be in a secret room in the store.

But in truth, Vendredi seeks only a powerful relic called the Amulet of Zohar so he can make himself flesh for a few hours…until daylight.  Misled by their uncle, Micki and Ryan give Vendredi what he needs to save Grace, and then learn they have been deceived, and that he has roughly three hours on Halloween night to find an undamaged corpse where he can permanently house his soul.

Unfortunately for Micki, Ryan and Jack, they must also contend with a demon dwarf, Greta (Victoria Deslaurier) who has come from Hell to do Vendredi’s diabolical bidding… 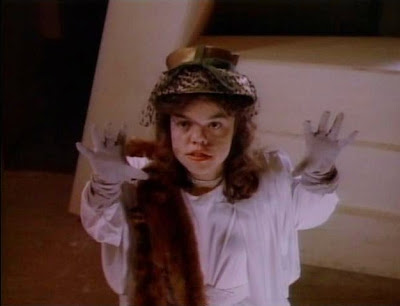 “Hellowe’en” proves a rather bizarre episode in the canon, in part because of the aforementioned demon dwarf (described in the teleplay and episode as a “midget,”), Greta.  At first she appears as a cute-as-a-button little girl, but then she literally becomes a hell spawn, with the power to levitate and hypnotize victims.

The episode’s climax descends into something like high camp as Ryan and Micki attempt to escape from Greta in a mortuary, and she tears the place up, pulps coffins and attempts to keep them away from Vendredi as he conducts his all-important ritual.  Greta as a soldier villain from hell -- small in size; big in stature -- adds an unusual wrinkle to the story, for certain. 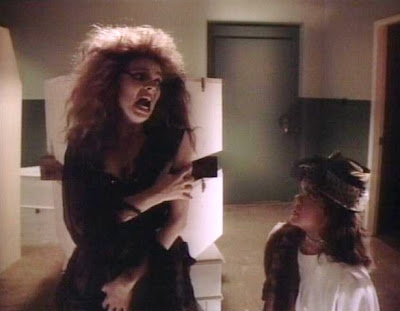 Otherwise, you have to wonder about a plot-line that sees Micki and Ryan hosting a Halloween party just one floor above a repository for hundreds of cursed antiques.  That’s just asking for trouble, certainly, and probably not the brightest move, wary neighbors or not.  On the other hand, one of the welcome character touches on Friday the 13th: The Series (at least starting out) is that Micki and Ryan are naïve and inexperienced, and they make mistakes.  They aren’t professionals, and they clearly have a lot to learn about battling ghosts and demons..  If they pulled this stunt in the second season, it would seem a lot dumber, but since “Hallowe’en” is the fifth episode of the first season, perhaps the narrative isn’t so far-fetched. 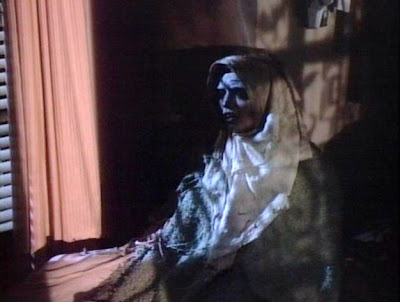 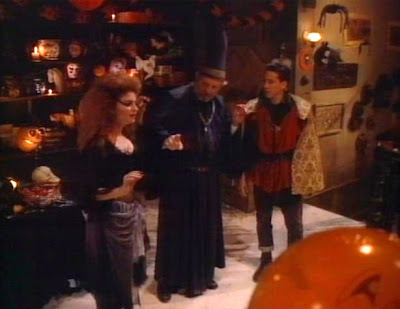 After “Hellowe’en,” R.G. Armstrong returned in four additional Friday the 13th: The Series episodes including “What A Mother Wouldn’t Do” (about a cradle from the Titanic), “Bottle of Dreams,” the second season premiere “Doorway to Hell,” and “Night Hunger.”
at January 13, 2017

Email ThisBlogThis!Share to TwitterShare to FacebookShare to Pinterest
Labels: Friday the 13th: The Series