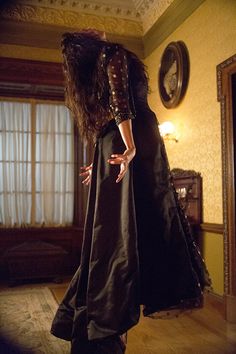 Light as a feather; stiff as a board...

Levitation is the act or phenomenon of a human floating the air.

Levitation might be considered a supernatural or at least paranormal activity as well.

In cult-TV history, levitation has often been the purview of superheroes. 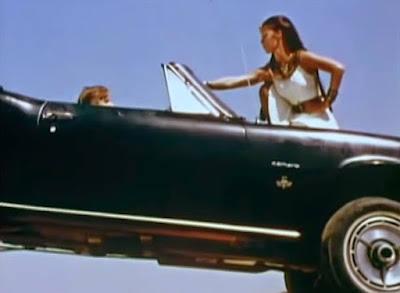 In Filmation's Isis  (1975-197), Mighty Isis (Joanna Cameron), for example, can fly, but also levitate. In a pinch, she can also levitate other people off the ground to rescue them.

In Smallville (2001 - 2011), Clark Kent (Tom Welling) at one point experiences an embarrassing bout with nocturnal levitation...floating up to the ceiling out of his bed.

In other cases, levitation is the result of alien or future activity or technology.

In The Doctor Who (1963-1989) serial "Talons of Weng Chiang," for example, the Doctor (Tom Baker) encounters a magician named Li H'Sen Chang (John Bennett) in Victorian England, and witnesses his powers of illusion, including levitation. These powers arise from his association with a power from the 51st Century, Greel.

And in the Star Trek: The Next Generation (1987-1994) episode "Schisms," alien abductors levitate Riker (Jonathan Frakes) out of his quarters and bed at night to conduct ghastly experiments and surgeries on him.

Of course, in same cases, levitation in cult-tv is, simply, supernatural in nature.  One must merely witness the contortions and medium-ship of Eva Green's Vanessa Ives in Penny Dreadful (2014 - ) to understand that this is so.
at May 23, 2016