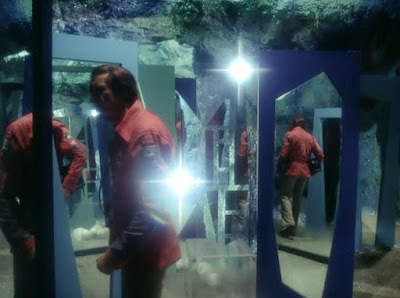 A hall of mirrors is an attraction at an amusement park consisting of mirror-lined passageways in a maze.  Sometimes, curved mirrors add to the sense of disorientation and being "lost."

The hall of mirrors -- a realm of no end and no beginning, and strange, reflected identities -- has been a frequent player in cult-TV history. 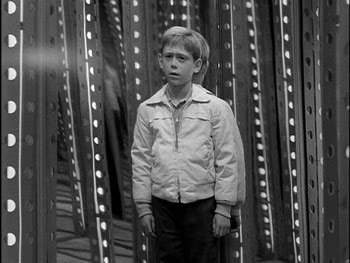 For example, the fifth season Twilight Zone (1959-1964) episode "In Praise of Pip" features some scenes set inside a hall of mirrors.  The story involves a bookie, Max (Jack Klugman) whose adult son, Pip, is injured and dying in Vietnam.  After being shot, Max flees to a hall of mirrors and sees a young version of his son there.  Ultimately, he chooses to give his life for his son's. 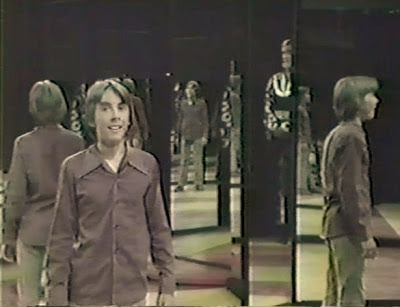 In "Funhouse," an episode of The Fantastic Journey (1977), the travelers in Evoland (including those played by Jared Martin, Katie Saylor, Ike Eisenmann, Carl Franklin and Roddy McDowall) come upon a mysterious amusement park while passing between time zones in the Bermuda Triangle. The travelers are separated from one another in a hall of mirrors, unaware that they will soon succumb to the sinister magic of a dark sorcerer, Apollonious. 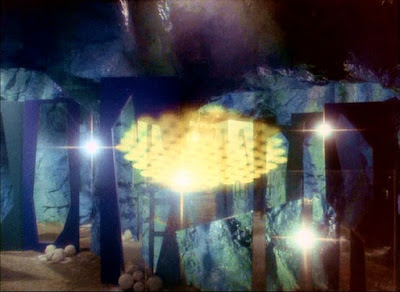 An alien hall of mirrors is the setting for the Space:1999 (1975-1977) Year Two story, "Seed of Destruction."  In this story, a diabolical mirror image of Moonbase Alpha's Commander Koenig (Martin Landau), is created in that hall of mirrors (on an asteroid) and proceeds to replace the genuine article.

A hall of mirrors also appears in the Saturday morning animated series Thundarr the Barbarian (1980-1981).  In "Stalker from the Stars," a malevolent alien lands in an amusement park in the post-apocalyptic future Earth of the series.

In The X-Files (1993 - 2002) episode "Humbug," Agent Scully (Gillian Anderson) traces a mutant killer into a hall of mirrors during the episode's climactic scene. 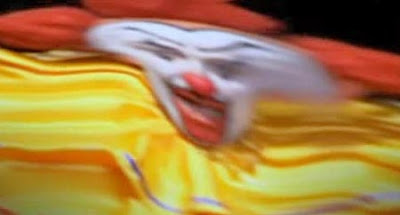