The Visitors are Coming (At Anorak!): "It's a Cook Book: Television's Five Most Horrifying Alien Invasions." 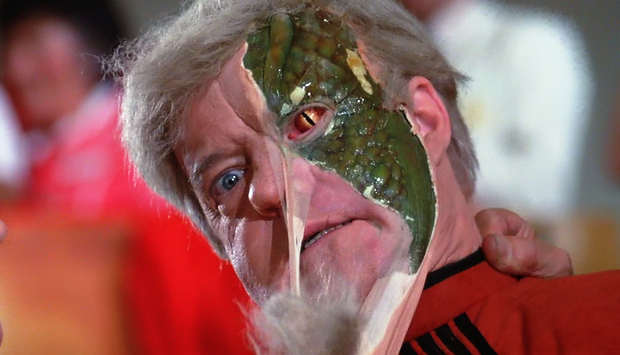 Specifically, the article -- called "It's a Cook Book" gazes at some of the most gruesome TV alien invasions in history.


ARTHUR C. Clarke once wrote that “two possibilities exist: either we are alone in the Universe, or we are not. Both are equally terrifying.”
In terms of television programming, however, the idea of alien life existing in the universe has far and away proven the more dramatic and oft-depicted “terror.”
Accordingly, alien invasions of planet Earth have been a staple of TV for half-a-century.
In America, David Vincent (Roy Thinnes) battled Quinn Martin’s “Invaders” in the late 1960s for two seasons, for example.  And in the UK, the Doctor in all his Time Lord incarnations has stymied invasions from Daleks, Cybermen, Kraal, Sycorax, and other species for fifty years.
But some televised alien invasions have proven been far more gruesome or horrifying affairs than others.
In other words, some aliens come to Earth not merely to steal our land or water resources, but, in some circumstances, to actually use…us.
As it turns out in these Darwinian imaginings, the human race is the ultimate resource.
The idea of aliens utilizing human beings as “resources” to be exploited is a pretty terrifying one indeed, and the aliens featured in the episodes and series enumerated below have used and abused our unlucky race in all sorts of dreadful ways: as “suits,” as incubators, as food, and — in the grisliest case — as a narcotic.
Let’s hope that if and when aliens descend in their chandelier mother-ships, their arrival and motives are nothing at all like the creepy and monstrous invasions depicted in the following five productions.

Email ThisBlogThis!Share to TwitterShare to FacebookShare to Pinterest
Labels: Anorak, The Visitors are Coming