Saturday Morning Cult-TV Blogging: Return to the Planet of the Apes: "Trail to the Unknown" (October 18, 1975)

In “Trail to the Unknown,” Return to the Planet of the Apes (1975) at last begins to explore many of its long-gestating plot-lines.

The episode continues the story of the World War II plane stolen by the human astronauts, but it also connects Bill, Judy and Jeff with Ron Brent, the astronaut from 2109 who landed on the planet of the apes years two decades before they did.

Here, we meet the older Brent and see his wrecked spaceship in the desert.  Unlike Bill, Judy and Jeff, however, he has never tangled with the apes.  Instead, Brent has built a life for himself, of sorts, in the arid Forbidden Zone for twenty years.  From this point forward, however, Brent is a series regular, and helps the other astronauts protect the primitive humanoids.

In “Trail to the Unknown,” Bill, Judy and Jeff move the endangered humanoids to “New Valley” in an attempt to escape Urko’s patrols.  Urko is still in search of the warplane the astronauts stole in “Screaming Wings," and will stop at nothing to re-acquire it.

The astronauts come across Brent in the Forbidden Zone, and he leads them to a spot in the valley where the astronauts can, using their recovered laser drill, build a pueblo for the primitive humans. 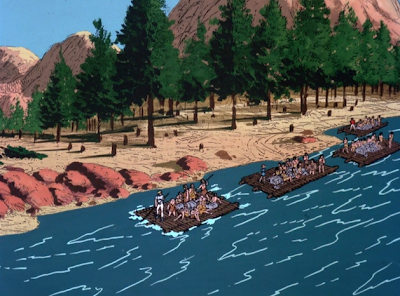 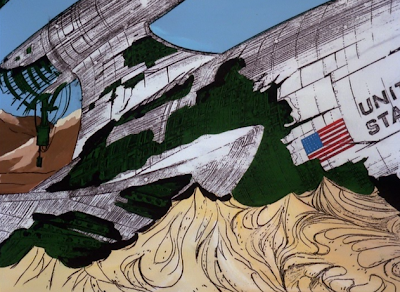 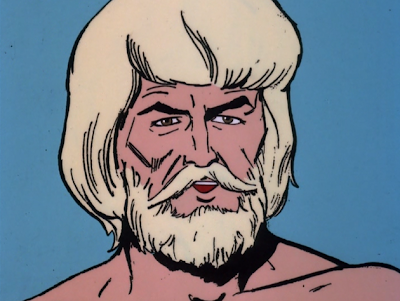 I don’t know if cancellation was in the air at this point and so there was a push to start resolving plot lines, but the creators of Return to the Planet of the Apes demonstrate in "Trail to the Unknown" their willingness to move beyond the status quo that dominated early episodes.  In recent programs, for instance, we have seen the Under Dwellers become allies with the astronauts, the return of Judy, and the coup attempt by Urko (and Zaius’s response).  Here we meet Brent, a character hasn’t been mentioned since the very first episode of the series.

What’s nice about this is that the overall narrative finally has some momentum, and the series seems to be regrouping and heading in a fresh direction.  By episode’s end, the astronauts -- now teamed with Brent--have built a defensible home for the humanoids.  They also use the plane to destroy a land bridge, preventing Urko from bringing in his heavy artillery.

Overall, “Trail to the Unknown” is an impressive episode of the series, and one that shows real growth in terms of the overall narrative.