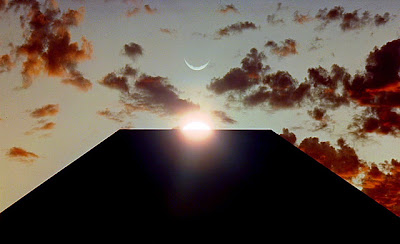 Our final list for today (with more coming up tomorrow and Friday...) comes from Jeffrey Siniard, and it has some great selections that we haven't seen before.

Starship Troopers (1997) -- a caustic satire of nationalist propaganda -- is here to represent the works of Verhoeven, and I also appreciate that Gilliam's mind-bending 12 Monkey's (1995) made the list.  Both are solid and worthwhile choices.

"Here's my list for Science Fiction films. I decided only to list films I've actually seen, along with some honorable mentions and films that I need to watch.

Note: I understand the lasting impact and influence of Star Wars is incredible, especially it's special effects, pacing, and it's status as the original blockbuster, but it's really not Science Fiction to me (more like Fantasy, where it would be close to #1).  Also, if I'm picking a Star Wars film, I'd want the best one - which I think is The Empire Strikes Back. Anyway, onto the list...


Top Ten (no particular order after #1)